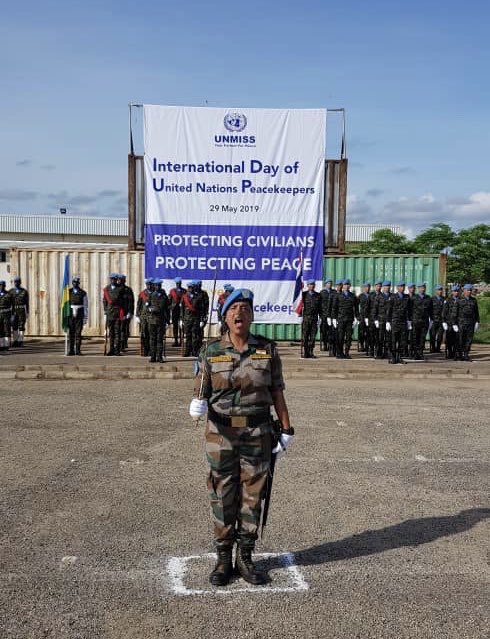 An Indian Army officer Major Suman Gawani is being awarded the prestigious United Nations Military Gender Advocate award later on Friday. She served as a woman peacekeeper with the United Nations Mission in South Sudan in 2019.

She will receive the award from UN Secretary General Antonio Guterres during an online ceremony being organised at the UN Headquarters, New York on the occasion of the International Day of United Nations Peacekeepers.

Major Suman will be receiving this award along with a Brazilian Naval Officer Commander Carla Monteiro de Castro Araujo.

The officer encouraged participation in joint military patrols to maintain gender balance, irrespective of the hardships under extreme field conditions.

She visited various mission team sites across South Sudan to integrate a gender perspective into the planning and military activity in the mission.

The officer was selected to attend specialised training on Conflict-Related Sexual Violence (CRSV) at Nairobi and participated in various UN forums to demonstrate how a gender perspective can help in protecting civilians, especially from conflict-related sexual violence.

#Indian🇮🇳 peacekeeper -- Suman Gawani -- to be honoured with the @UN Military Gender Advocate of the Year Award during an online ceremony presided over by 🇺🇳 Secretary-General @antonioguterres on 29 May - International Day of UN Peacekeepers: https://t.co/hjdQQxChdW pic.twitter.com/528yC0aHH6