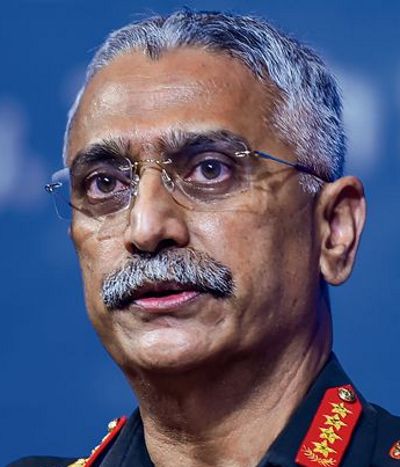 Indicating that militaries of the two sides had “dug in their heels” along the LAC, Indian Army Chief General MM Naravane on Saturday said the infrastructure build-up by China along its side of the border showed “they were there to stay”.

“We are keeping a close watch on the developments. If they are there to stay at the LAC, we won’t retract too. We have matched the infrastructure on our side,” the Army Chief said at a function organised by a media house.

Targeting civilians in Kashmir shows the psyche of the terrorists and looks like their last-ditch effort to remain relevant… Spurt in activities in Kashmir cannot be directly linked to events in Afghanistan. —General MM Naravane, Army chief

Asked if the LAC could turn into a Line of Control (LoC)-type deployment, the General said, “We will be in LoC-kind of a situation, but not as active as the LoC.”

The LoC is the 749-km divide between India and Pakistan where troops are at eyeball-to-eyeball contact.

Talking about the trigger to the ensuing military stand-off in eastern Ladakh, the Army Chief said the Ministry of External Affairs had made it very clear.

On October 7, MEA spokesperson Arindam Bagchi had said, “This (tension along the LAC) started with China’s unilateral move that disturbed peace and tranquillity. We made counter deployments to counter China.”

On being asked to judge what could the adversary be thinking, the General said, “This is a question to understand why the Chinese have done this (at LAC) when the world was reeling under a pandemic and they had their own issues on their eastern sea board (with US over Taiwan).” China had not achieved anything because of the rapid response of the Indian Army, he said.

The nature of warfare was changing and technology was going to play a very important part in war, he said. “Future could have more over the horizon strikes rather than physical engagement… in case of India, the unsettled borders mean we cannot do away with ‘boots on the ground’ as we embrace technology,” he said.