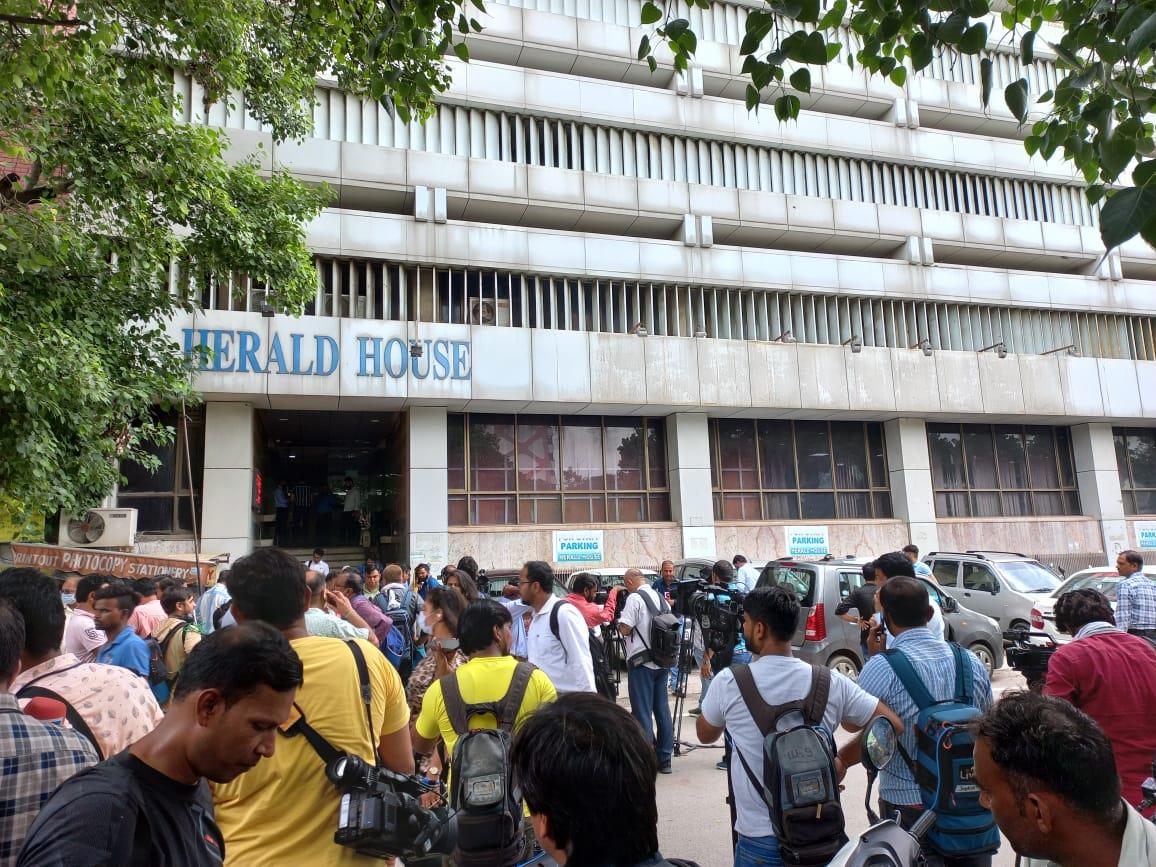 Days after questioning Congress' top leadership including Sonia Gandhi and Rahul Gandhi, the Enforcement Directorate has launched a search operations at 12 locations in the National Capital today in connection with the National Herald money laundering case.

Officials in the agency said, searches are being conducted at 12 premises here including the office of the Congress-owned National Herald newspaper.

The officials said, since the agency in its probe has found money trail, the ED personnel might also raid some of the locations in Kolkata.

The ED had questioned Congress interim president Sonia Gandhi on July 27 for over three hours for the third time as part of its probe the case and recorded her statement under the PMLA. Earlier the agency had also questioned former Congress president Rahul Gandhi in the same case.

The Congress leaders' questioning pertained to the charges of alleged financial irregularities in the party-promoted Young Indian Pvt Ltd, which owns the National Herald newspaper.

Congress leaders Pawan Bansal and Mallikarjun Kharge were also questioned by the ED in the past in connection with the case.

The move to question Congress leaders was initiated after the ED late last year registered a fresh case under criminal provisions of the PMLA.

The ED registered the case after a trial court here took cognisance of an income tax department probe against Young Indian following a complaint filed by BJP MP Subramanian Swamy in 2013.