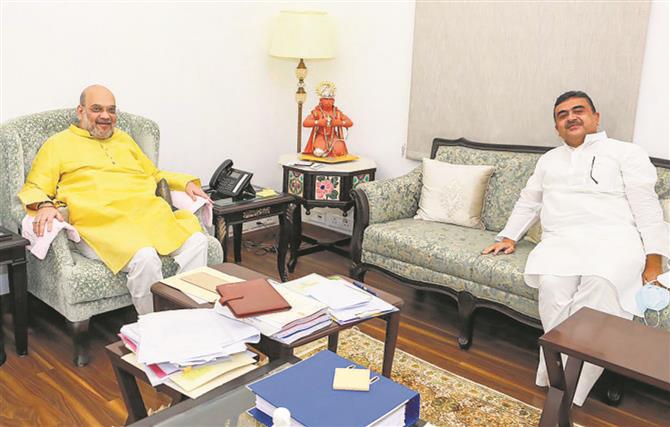 Eyebrows are being raised over the absence of Mukul Roy and Rajib Bandyopadhyay, both recent entrants in the BJP from the Trinamool Congress (TMC), at an executive committee meeting of the West Bengal BJP unit called to discuss post-poll violence.

Mukul Roy, whose recent bonhomie with TMC leader Abhishek Banerjee and Subrata Bakhshi set tongues wagging in political circles here, kept away from Tuesday’s meeting. West Bengal BJP chief Dilip Ghosh, who presided over the meeting, said Roy could not attend the meeting because of some personal reason.

Roy, national vice-president of the BJP, however, told mediapersons that he did not get any intimation about the meeting. Former TMC minister Rajib Bandyopadhyay, who joined the BJP shortly before the elections and unsuccessfully contested from Domjur, too kept off Tuesday’s meeting. Ghosh said Bandyopadhyay too could not come due to some personal problem.