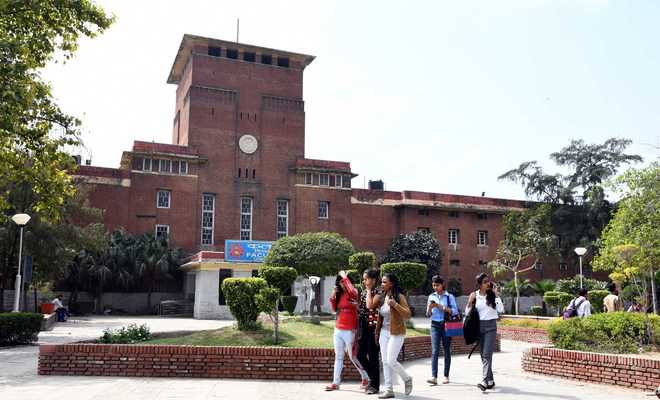 Almost 50 per cent of Delhi University seats have been filled after admissions under the first cut-off list with college principals saying the second list, to be released on Saturday, will only see a decline of 0.5 per cent to one per cent for courses.

Friday was the last day to make payments for students. Earlier, the time for making payments was 5 pm but later it was extended to 11.59 pm. The university received a total of 60,904 applications under the first cut-off, and 35,805 students had made the payment. The university has nearly 70,000 seats for undergraduate courses.

The last date for giving approvals to admissions was Thursday but it was extended by a few hours on Friday.

Manish Kansal, admission convener at Hindu College, said, they will be closed for most of the courses in the second cut-off list.

The college has had over 2,000 admissions and till the time of filling this article, nearly 1,800 students had already made the payment with the figure expected to reach the 1,900 mark.

Not only prominent colleges in North Campus, even off-campus colleges have seen over admissions to some popular courses and will be treading a cautious path on reducing the marks in the second cut-off.

“We will be closed for these three courses while for the other courses, the cut-off will see a marginal decline of 0.5 per cent and for a few courses, by one per cent,” he said.

Professor C Sheela Reddy, principal of Sri Venkateswara College, also echoed similar views and said they won’t decrease the cut-offs by a huge margin as a precautionary measure and the decrease will be in the range of 0.5 per cent to one per cent.

The college has had 407 admissions to 1,140 seats and the BA programme has emerged as one of the favourites among students. —PTI