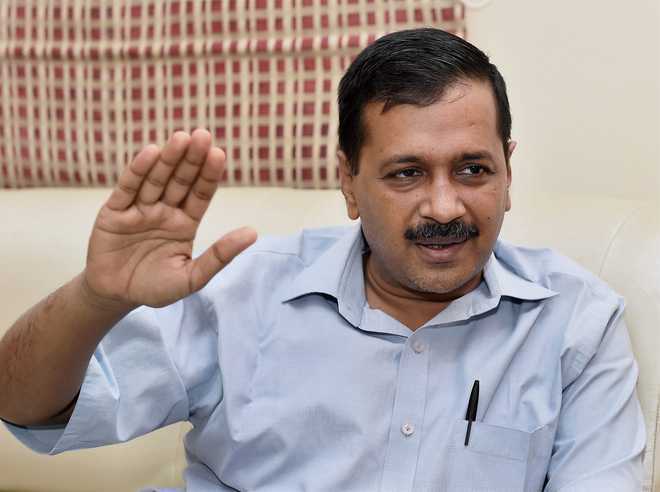 The Centre has requested the Delhi Government to consider doing away with the need to obtain a no objection certificate for projects in already developed areas on the morphological ridge of the National Capital such as Greater Kailash and Nehru Place, officials said.

The Ridge Management Board, a high-powered body formed on the directions of the Supreme Court in 1995 to protect the ridge, will discuss the proposal during a meeting slated for Friday, they said.

Morphological ridge is that part of the ridge area "which has ridge-like features but is not a notified forest". It forms a part of the extension of the Aravallis.

Permission of the Ridge Management Board (RMB), headed by the Delhi Chief Secretary, or of the Supreme Court through the Central Empowered Committee (CEC) is required to carry out any construction on the morphological ridge.

"The South Delhi Municipal Corporation placed the request to do away with the need for obtaining an NOC in such areas before the Ministry of Housing and Urban Affairs, which asked the Delhi Government to consider it accordingly," an official told PTI.

"Earlier, agencies needed an NOC from the board before undertaking any new construction project or expansion of existing structures in already developed morphological ridge areas such as Greater Kailash and Nehru Place," he said.

Even if there were no trees, the board's permission was required before undertaking any construction work in such developed areas which are part of the morphological ridge, said the official.

However, if agencies intend to cut down trees, they will have to seek permission under the Forest Conservation Act and the Delhi Preservation of Trees Act.

"These are all developed residential areas. An NOC was needed even if someone wanted to add an extra floor to their house. Now, there will be no need to come to the RMB for permission. The process has been shortened. The aim is to give a push to ease of doing business," said the official.

Meanwhile, two RMB members and environment experts – Sunita Narain and Vimlendu Jha – have refused to attend the meeting "as the board has not been reconstituted for over a year", said another official.

There are eight members in the board, of which two are nominated environment experts who represent the public interest.

Narain, the director-general of environment NGO Centre for Science and Environment, and Jha, the executive director of NGO Swechha, were nominated as independent experts for a period of two years. Their tenure ended in March.

During its meet on Friday, the board is also expected to discuss requests for permission for construction of the Delhi Skill University in South Delhi, the 22-km-long Aerocity-Tughlakabad corridor of the Delhi Metro and the Delhi-Alwar corridor of the Regional Rapid Transit System. PTI