Says all schools, libraries and institutions will remain shut till November 20 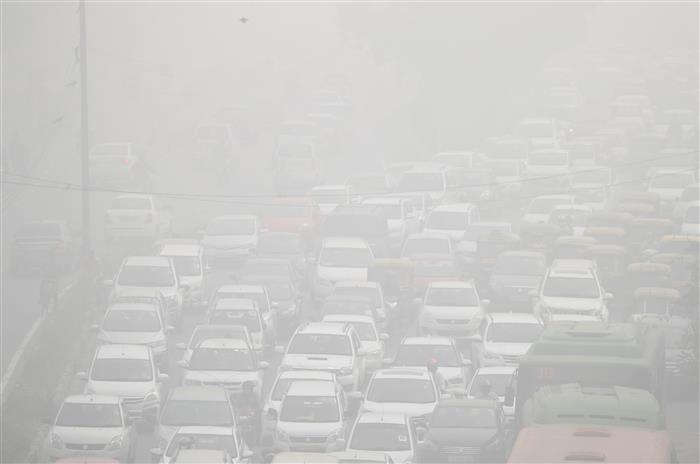 Delhi Environment Minister Gopal Rai on Sunday said that the department has issued a notification for effective implementation of the emergency measures announced by the government to tackle air pollution.

He said that all schools, libraries and institutions will remain shut till November 20, except for those where exams are being conducted. Construction and demolition activities will be banned till November 17.

The notification issued by the environment secretary of the Delhi government said that all construction activities will be closed till November 17 with immediate effect.

The notification said that all offices of the Delhi government, autonomous bodies and corporation will remain closed till November 17 except those involved in emergency services such as health and family welfare, medical establishments, police, environment department, public works department, fire department, among others.

“The government employees of all departments except for those involved in emergency services, will work from home till November 17. We have also issued advisory to private firms to allow work from home for their employees as well,” Rai said.

He said the main motive behind all these emergency measures is to reduce vehicular and dust pollution in Delhi.

The minister said that the Delhi government will submit a proposal on lockdown and its modalities to the court on Monday.

The notification issued by the government also said that uninterrupted delivery of public services shall be ensured by all departments and agencies.

It directed all private offices and establishments to allow their staff work from home, so as to ensure least vehicular movement on roads till November 17.

After an emergency meeting, Delhi Chief Minister Arvind Kejriwal on Saturday announced various emergency measures, including closure of schools and colleges for a week, ban on construction activities and work from home for government employees, to deal with the pollution crisis faced by the city.

The chief minister, after an emergency meeting, told reporters that his government will also present a proposal for lockdown before the Supreme Court.

Terming the rise in air pollution in Delhi-NCR an “emergency” situation, the Supreme Court asked the Centre and the Delhi government on Saturday to take immediate measures to improve the air quality and suggested steps such as stopping vehicles and clamping a lockdown in the national capital.

Rai also appealed for effective coordination among NCR states to tackle pollution crisis in the region.

“Air pollution is not a problem of Delhi only so such emergency measures should also be implemented in NCR cities as well to effectively solve the pollution problem,” he said. PTI