Temperature is likely to drop after Saturday 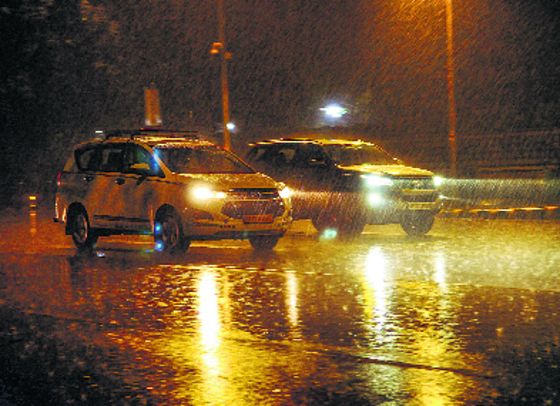 Heavy rains, coupled with thunderstorm, lashed several parts of the national capital on Thursday evening, which is expected to improve the city’s air quality and bring the temperature further down.

Under the influence of a western disturbance, the national capital recorded rains with strong winds for nearly two hours, said Kuldeep Srivastava, the regional weather forecasting head of the India Meteorological Department (IMD).

According to the Safdarjung observatory, reading of which is considered official for the city, 1.9 mm of rainfall was recorded till 8.30 pm.

The weatherman said the temperature is likely to drop after Saturday. The Met department has also forecast thunderstorm with hail on Friday. The minimum and maximum temperatures are expected to be around 13 degrees Celsius and 19 degrees Celsius. Following heavy rains and thunderstorm, the city’s air quality is expected to improve on Friday. At 4 pm on Thursday, the air quality index (AQI) of Delhi was recorded at 429. — PTI