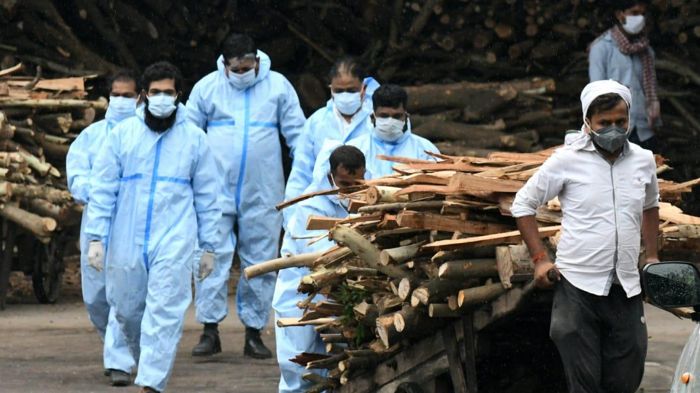 The families of Covid victims, including those involved in relief operations, will be given Rs 50,000 compensation from the State Disaster Response Fund (SDRF), the Centre on Wednesday told the Supreme Court.

The National Disaster Management Authority (NDMA) has framed guidelines in this regard following directions issued by the top court.

The families of those who died of Covid will have to apply for compensation in the Disaster Management Office of their respective district along with medical/death certificate mentioning ‘death due to Covid’.

The compensation will be paid against not only the deaths that have already occurred, but for future ones, the Centre said. The top court had on June 30 directed the NDMA to frame guidelines for payment of compensation to the kin of those who died due to Covid, saying the authority was statutorily mandated to provide minimum relief, including ex-gratia to the victims of the pandemic.

Holding that by not providing an ex-gratia amount the NDMA had failed in discharging its statutory duty, a Bench led by Justice Ashok Bhushan had directed the NDMA to determine in six weeks the ex-gratia amount to be paid to the family of each Covid victim.

However, it had said it won’t be proper for the court to direct a particular amount to be paid. On September 3, it had expressed displeasure over delay in framing guidelines for issuance of death certificates to the families of victims.

The order had come on PILs seeking an ex gratia of Rs 4 lakh each to the kin of the deceased. The Centre had opposed it, contending that giving an ex-gratia amount of Rs 4 lakh each to kin of Covid victims wasn’t possible due to limited resources as it would affect pandemic response on other aspects, leading to more damage than good.

With the domestic producers making enough Covid vaccine doses, the govt is in no rush to buy Pfizer and Moderna jabs