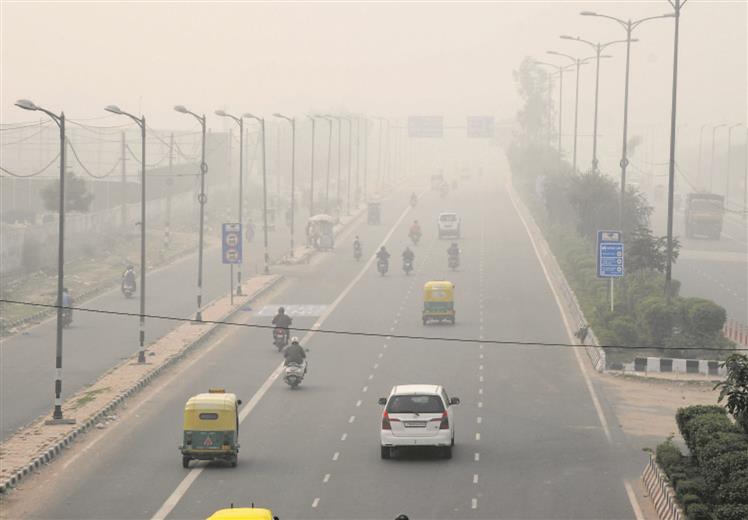 Low visibility due to smog in New Delhi on Saturday. Mukesh Aggarwal

As air pollution in Delhi-NCR reaches alarming levels, the Supreme Court today asked the government to take immediate steps, including a possible lockdown, to deal with the “emergency” situation.

It has become a fashion to bash farmers, whether it’s Delhi Govt or someone else… I am a farmer, the CJI is also from a farmers’ family, we know it. Justice Surya Kant

“Take some immediate measures. If required, think of two-day lockdown or something… how will people live?” a three-judge Bench led by CJI NV Ramana told Solicitor General Tushar Mehta. 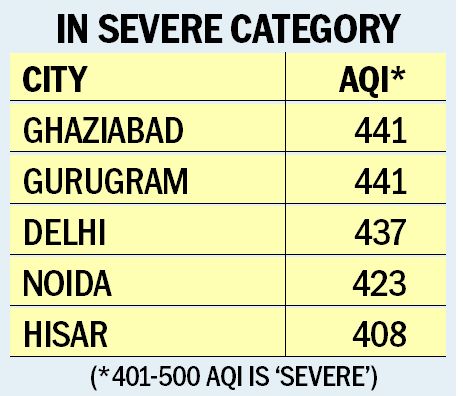 Describing it as a problem “beyond politics”, the Bench, which also included Justice DY Chandrachud and Justice Surya Kant, asked Mehta to call a meeting and take some emergency measures.

“It’s a common problem. I can’t blame states. It’s a collective problem… colour of the political party doesn’t matter… but implementation has to be at the state level,” Mehta told the Bench.

As the CJI said it appeared from news reports that stubble burning had increased a lot, the Solicitor General said, “Our prediction is that till 18th (November), we’ll have to take stern measures.”

“First control Delhi, then we’ll see others. Call a meeting... take a decision. We want something to happen, so that in two-three days we’re in a position to feel better… Why don’t you ask Punjab and Haryana chief secretaries to cease stubble burning for a few days?” the CJI said.

As Mehta said they were part of an emergency meeting being held today, the Bench asked him to inform it about the decisions taken and posted the matter for further hearing on Monday.

As Mehta talked about stubble-burning in Punjab, Justice Surya Kant shot back, “It has become a fashion to bash farmers, whether it’s Delhi Govt or someone else. In Delhi, there was a ban imposed on firecrackers. Have you seen how crackers are being burst in Delhi for the last seven days? What is Delhi Police doing?”

“I am a farmer, the CJI is also from a farmer family, we know it,” Justice Kant added.

Mehta clarified that he was not even remotely suggesting that only farmers were responsible for air pollution.