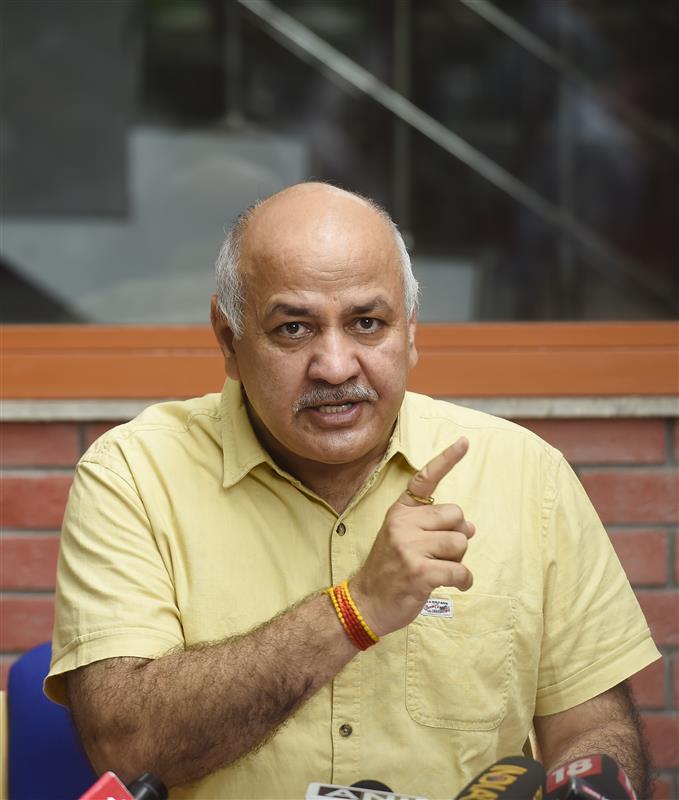 Delhi Deputy Chief Minister Manish Sisodia accused former Lieutenant Governor Anil Baijal on Saturday of changing his stand over opening liquor vends in unauthorised areas and claimed that it led to a loss of thousands of crores of rupees to the city government.

At a press conference here, Sisodia said he has sent the details of the matter to the Central Bureau of Investigation (CBI) and asserted that there should be a probe into it.

No immediate reaction was available from Baijal.

“Under the new excise policy, 849 shops were to be opened across Delhi, including in unauthorised areas. The LG did not object to the proposal and approved it,” Sisodia said.

However, on November 15 last year, two days before the implementation of the policy, the LG changed his stand and introduced a condition that permission from the Delhi Development Authority (DDA) and the Municipal Corporation of Delhi (MCD) would be needed for opening liquor shops in unauthorised areas, he alleged.

“As a result of this change of stand by the LG, the shops could not be opened in unauthorised areas, leading to a loss of revenue of thousands of crores to the government. On the other hand, the shops that opened witnessed a huge income,” the Aam Aadmi Party (AAP) leader said.

Baijal was the Delhi LG when the Arvind Kejriwal government prepared the new excise policy, which was implemented on November 17, 2021.

The government has now withdrawn the policy and is preparing to run liquor vends under the old excise regime through its undertakings from September 1.

The current LG, VK Saxena, has recommended a CBI probe into the alleged violation of rules and procedural lapses in the implementation of the Excise Policy 2021-22, under which licences were issued to private firms for retail sale of liquor in the city divided into 32 zones.