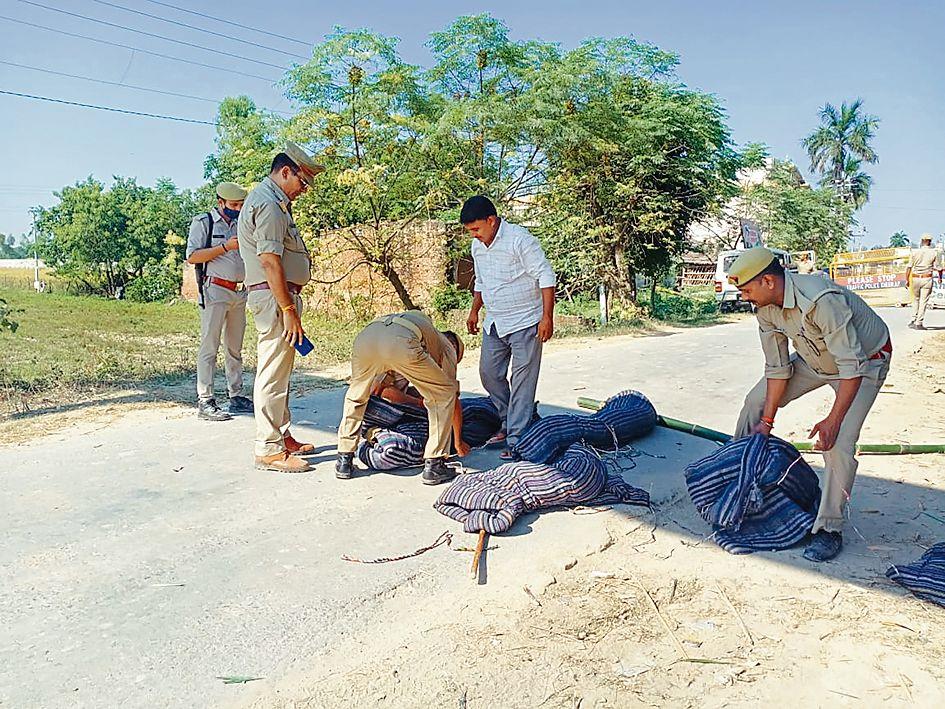 Using dummies: Uttar Pradesh cops at the Lakhimpur Kheri violence site were caught on camera recreating the October 3 events. They used police vehicles to hit dummies from the rear. PTI

New Delhi: The SIT probing the Lakhimpur Kheri violence on Thursday recreated the crime scene and took accused Ashish Mishra, son of MoS Ajay Mishra, to the Tikonia Banbirpur road where five persons, four farmers and a scribe, were allegedly mowed down by SUVs on October 3.

Ashish is accused of being in Mahindra Thar, allegedly the first of three vehicles to plough into the farmers. Ashish’s aide Ankit Das too was at the crime spot. Pictures showed Ashish waving from the police van even as the cops sealed the crime site. — TNS

BJP MP Varun Gandhi tweeted a clip of a speech of ex-PM Vajpayee, warning then Indira govt against repressing farmers.