The minister said the share of stubble burning in Delhi's pollution rose to 42 per cent on Thursday, the maximum so far this season 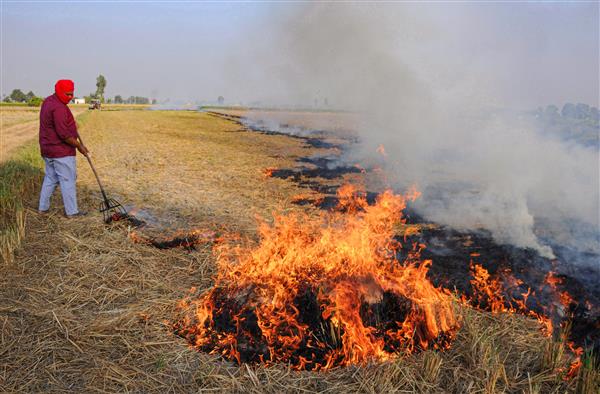 The Delhi government on Friday set up a 15-member impact assessment committee to ascertain the effectiveness of "Pusa bio-decomposer" solution in reducing stubble burning in the national capital.

According to scientists at Indian Agricultural Research Institute, Pusa, the solution can turn crop residue into manure in 15 to 20 days and therefore, can prevent stubble burning.

"The government has decided to set up an impact assessment committee to ascertain the effectiveness of Pusa bio-decomposer in reducing stubble burning in Delhi," Rai said during a press conference.

The committee has been asked to submit an assessment report to the government within a week. The report will be presented before the Supreme Court after Diwali, he said.

Rai hoped that the newly-constituted Commission for Air Quality Management in National Capital Region and Adjoining Areas will ensure that other "states also use the cost-effective Pusa bio-decomposer to prevent stubble burning".

The minister said the share of stubble burning in Delhi's pollution rose to 42 per cent on Thursday, the maximum so far this season.

"There is pollution due to local sources as well, but emissions from stubble burning and firecrackers make the situation worse in Delhi," he said.

He said that the Delhi government on Thursday announced a blanket ban on firecrackers from November 7 to November 30, considering the spike in the number of new COVID-19 cases amid worsening pollution levels.

"We have called a meeting on Monday to discuss an action plan to ensure implementation of the ban on firecrackers," he said.

The minister also said that those violating the ban can be fined up to Rs 1 lakh by the administration.

On traders facing economic loss due to the ban, he said the government's priority was to save lives first.

The minister also said that the government has received 2,300 complaints on the "Green Delhi" mobile application so far, of which 1,346 have been resolved.

Most of the complaints are related to garbage dumping from North MCD areas, and burning of biomass and plastic waste, he said. PTI