‘We will not leave people of Karnataka in lurch,’ says a Bench led by Justice DY Chandrachud 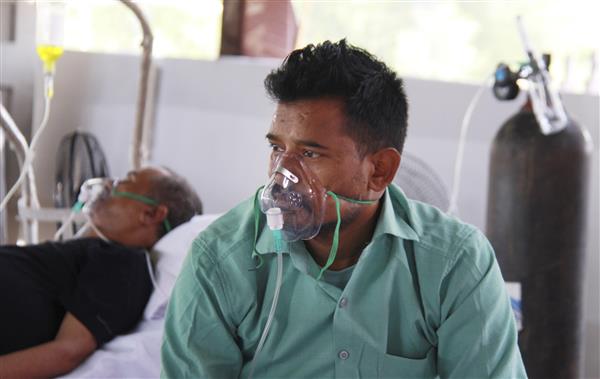 The Supreme Court on Friday directed the Centre to supply 700 MT medical oxygen per day to Delhi for allocation to hospitals treating COVID-19 patients till further orders.

“We want 700 MT to be supplied to Delhi and we mean business. it has to be supplied… Please don’t drive us to a situation where we have to pass coercive action against the government,” a Bench of Justice DY Chandrachud and Justice MR Shah told the Centre.

On behalf of the Delhi government, senior counsel Rahul Mehra mentioned the oxygen supply issue before the Bench and said the national capital had received 86 MT oxygen on Friday till 9 am and 16 MT of oxygen was in transit.

The Bench had on May 5 stayed a Delhi High Court order issuing notice for contempt of court to two Central government officers for their failure to supply 700 MT oxygen to the national capital.

Maintaining that it will not leave people of Karnataka in lurch, the top court refused to interfere with the state high court’s order to the Centre to increase the daily oxygen allocation for the state from 965 MT to 1200 MT for treating COVID-19 patients.

“It’s a well calibrated, deliberated and judicious exercise of power after taking into account the number of COVID-19 positive cases. We will not interfere with it,” the Bench told Solicitor General Tushar Mehta.

It turned down the Centre’s contention that if every high court started passing orders, it would make the oxygen supply network “unworkable”.

The Bench clarified that the HC order does not preclude the Centre from considering the representation of the state government and work out a mutual resolution mechanism of supplying 1200 MT of liquid medical oxygen (LMO).

Mehta said every state needs oxygen but his concern is that if all high courts start directing oxygen allocation of the said amount, then it will be a big problem.

Noting that it was looking at the wider issue, it said “We will not keep citizens of Karnataka in lurch”.

“The high court has furnished adequate reasons for passing the ad-interim order having regard to the fact that the projection of demand made by the state was a minimum of 1165 MT of LMO. The direction of the high court is only ad-interim and it does not preclude a mutual resolution mechanism between the Centre and the state,” it said.

The high court had said the required quantity of medical oxygen was not allotted to the state and directed the Centre to increase the allocation to 1200 MT of oxygen.