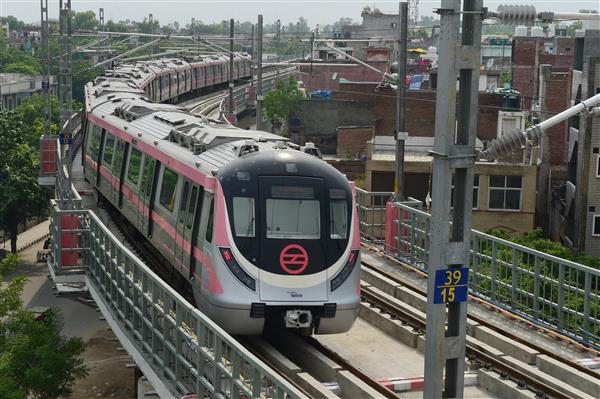 A woman passenger allegedly committed suicide on Monday as she jumped in front of a moving train and got hit, at a station on Delhi Metro's Yellow Line, police said.

The incident took place at Jor Bagh metro station, leading to brief delay in services on a section of the corridor.

The train was going towards HUDA City Centre when she jumped from the platform and got hit, officials said.

An unidentified woman, aged about 50-years, wearing 'salwar-kameez' jumped in front of a moving metro train, and sustained head injury, police said. She was immediately taken by Centralised Accident and Trauma Services (CATS) ambulance to Safdarjung Hospital where she was declared brought dead, they said.

No suicide note was recovered from her. Hence, the reason behind her taking the step is not known, a senior police officer said.

The body has been kept in a mortuary and post-mortem will be conducted after her identity is ascertained, he added.

DMRC earlier had tweeted around 11:20 AM to alert metro commuters: "Yellow Line Update Delay in services from Central Secretariat to Green Park due to a passenger on track at Jor Bagh. Normal service on all other lines."

Delay in services from Central Secretariat to Green Park due to a passenger on track at Jor Bagh.

Normal service on all other lines.

Around 11:30 AM, the DMRC again tweeted that normal services were resumed.