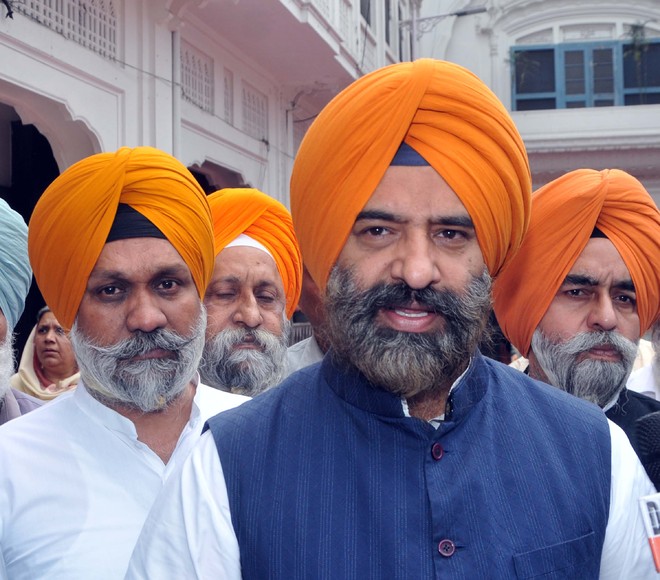 The Centre’s proposal to set up a ‘memorial’ or a ‘statue’ dedicated to the 400th birth anniversary of Guru Tegh Bahadur outside Gurdwara Sis Ganj Sahib, Chandni Chowk, in old Delhi, has triggered a controversy.

Following reports in this regard, the Delhi Sikh Gurdwara Management Committee (DSGMC) has lodged its protest with the Prime Minister’s Office (PMO) asking it to immediately drop the proposal of erecting a statue or any kind of structure outside Gurdwara Sis Ganj Sahib or anywhere else in Delhi.

We will never allow the Centre to have direct intervention in our religious matters. Neither the SGPC nor the DSGMC was taken into confidence before planning this proposal. — Manjinder Singh Sirsa, DSGMC chief

The DSGMC and Shiromani Gurdwara Parbandhak Committee (SGPC) said the installation of the statue of the Guru would defy the Sikh ‘rehat maryada’ which prohibits creating idols of Gurus.

Delhi Sikh Gurdwara Management Committee president Manjinder Singh Sirsa has shot off a letter to PM Narendra Modi contesting that the statue of Guru or any memorial could not be built without taking the Sikh body into confidence.

“We will never allow the Centre to have direct intervention in our religious matters. Nothing can be built outside the historic shrine. The statue culture is certainly against our tenets and any kind of structure about which we don’t have an idea will create unrest. Such a proposal will end up hurting Sikh sentiments and hence this proposal should be withdrawn. Ironically, neither the SGPC nor the DSGMC was taken into confidence before conceptualising a proposal that directly relates to the Sikh religion,” he said.

SGPC president Bibi Jagir Kaur has also contested the Centre’s move. “If there are plans to set up a statue of the Guru, these will be strongly opposed. Idolising Gurus is against Sikh principles and ethics. If a memorial is on the cards, it should be like the Virasat-e-Khalsa,” she said.