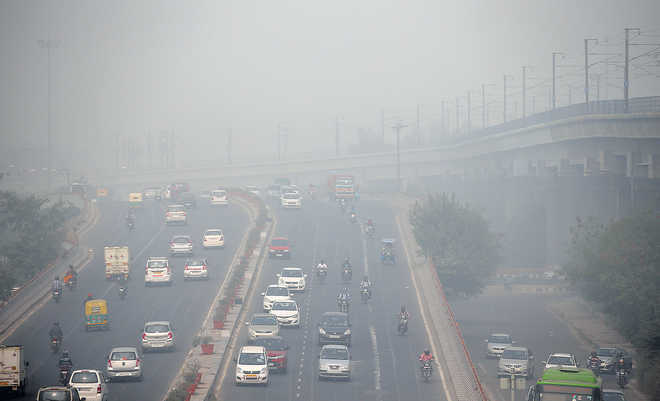 A day after the Supreme Court lashed out at the Centre and Delhi Government for severe AQI, the Commission for Air Quality Management (CAQM) on Tuesday night recommended that schools, colleges and educational institutions in Delhi-NCR should remain shut until further orders.

The CAQM suggested to states work from home (WFH) at least till November 21. The SC, which had yesterday instructed the CAQM to hold joint meeting on the issue, will hear the matter on Wednesday. Delhi’s air was again in severe category with the 24-hour average AQI (air quality index) 403 after remaining in the ‘very poor’ category till Tuesday morning, when the air quality index was 396. 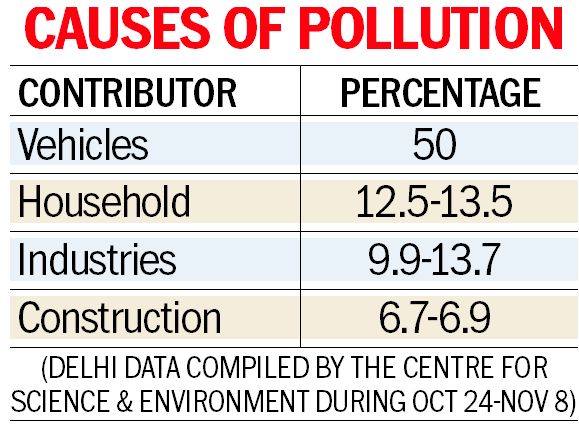 After the Supreme Court’s direction, officials from Punjab, Haryana, Uttar Pradesh, Rajasthan and Delhi held a meeting on Tuesday to discuss ways to check pollution.

“In this meeting, on behalf of the people of Delhi, we proposed that work from home be implemented, all construction work and industries in the NCR be shut for the meantime.

“The other states presented their proposals too, we’re awaiting the minutes of the meeting at the moment. We will proceed further after receiving the Commission’s decision,” Delhi environment minister Gopal Rai said in a briefing.

Rai also asked the Centre to clarify the percentage of pollution caused by stubble burning so that a reliable strategy could be drawn.

“In its affidavit, the Centre mentioned that contribution of stubble burning to air pollution is both 4 per cent and 35-40 per cent. It needs to be clarified. How can both figures be correct,” he said, urging Union Environment Minister Bhupender Yadav to provide the correct data.

Meanwhile, citing Supreme Court’s observations, BKU leader Rakesh Tikait asked those blaming farmers for air pollution in Delhi to apologise. “Those labelling farmers as villains must apologise. The Supreme Court has also said it is not right to hold farmers responsible because only 10 per cent of the pollution is caused by stubble and that too for about two months,” Tikait said. — TNS