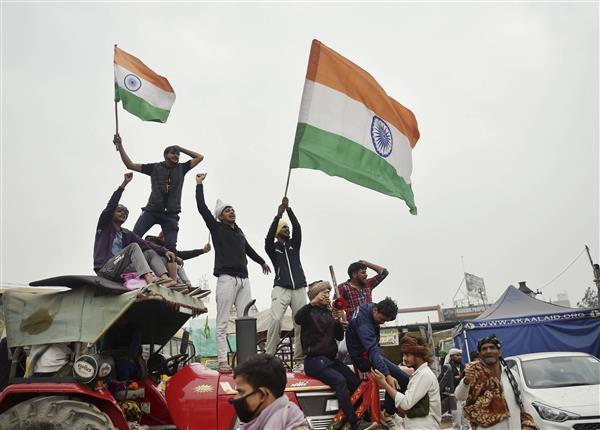 Chandigarh-based Punjab Human Rights Organisation (PHRO), in a written representation to the Delhi Police Commissioner, has requested the police officials to preserve all CCTV footage of all police stations where FIRs were registered in connection with the Republic Day violence.

PHRO has stated that they have the evidence to prove that some of the held farmers have been framed for their alleged role in the aftermath of January 26 violence were wrong.

Lawyer Jagtar Singh Sidhu, member of the PHRO, said they are still waiting for a response from the police authorities.

"The reason why we have put in the CCTV preservation request is that we have evidence that proves that some youths who were picked up by the police left from their village only on the January 28. They were picked up on 29th and they have been shown to be arrested on January 26th," Sidhu told The Tribune on Friday.

"We have the CCTV footage to support our claim. But I will not share it as this will form the basis of our defence," he added.

While preserving the CCTV footage is the main focus of the representation, the organisation has made several other demands including a list of injured and dead in the violence.

"The officials concerned SHOs/investigating officers off all cases/FIRs registered by the Delhi Police regarding the Republic Day incidents/violence be directed to preserve the CCTV footages of dated on January 26 to January 31. Its failure would amount to destruction of evidence, during trial of said cases/FIRs," the letter reads.

Copy of all the FIRs; a list of all arrested persons; list of all injured and dead persons and a meeting of those arrested with their families through video conferencing are the other major demands sought by the Punjab organisation.