In his address to students of Sonepat’s Ashoka University, he also said it was important for students to understand that for a successful policy 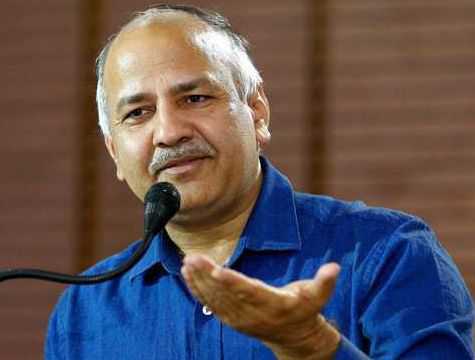 The youth of the country should not shy away from politics and actively engage in governance, Deputy Chief Minister Manish Sisodia told students during a ‘masterclass on entrepreneurship in governance’.

In his address to students of Ashoka University in Haryana’s Sonepat, he also said it was important for students to understand that for a successful policy, the ‘public bind’ was essential.

“If you want to be a part of the change, we should not shy away from joining politics. The youth of the country can impact policies and get involved in governance. The government needs skilled and knowledgeable professionals,” he said.

“It is important for students to understand that for a successful policy, the ‘public bind’ is essential. During the Right to Information Act movement, lawmakers and policymakers involved us. I wasn’t in politics then but we mobilised enough people and stakeholders to create a policy pressure group on the government. When the government heard us, it was a positive sign for the policy,” he added.

Sisodia, who is also Delhi’s Education Minister, emphasised that there were many ways in which young professionals could get involved with policy-making.

On being asked by one of the students about how to replicate a movement as powerful as the anti-corruption movement in India for other causes, especially pollution, he said: “The first job is to make the public understand the issue and create awareness. The information is there, but we fail in driving a collective public sentiment. Is your dream (as a policy-maker or change-maker) the same as the dream of your people?”

“That’s the job of a leader, and basis for any powerful movement. Mobilise people through local interventions so they feel for the cause on a daily basis,” he said.

Sisodia also asked them to use the skills of education to work in grassroots levels, that was where the real changes happen.

“You don’t have to necessarily stand in elections, but by simply becoming a member or even a party worker, you can engage in various departments where work on research, analysis, and policy-drafts is being done regularly,” he said. PTI