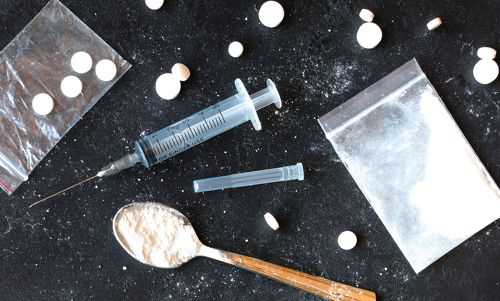 The Canada police, after an almost yearlong operation, have busted an international drug racket by arresting more than 30 persons, 25 of them of Punjab origin. Photo for representation only

The Canada police, after an almost yearlong operation, have busted an international drug racket by arresting more than 30 persons, 25 of them of Punjab origin.

As per media reports from Canada, the police with the help of some international agencies began working on a special operation code-named Project Cheetah to break the back of an international drug network in Canada. The police action on the ground began on April 8 and by April 19, the police in Ontario, British Columbia and California had carried out more than 50 search warrants and seized about $2.3 million worth of drugs, including heroin and ketamine, and 48 highly sophisticated firearms, besides $7,30,000 in Canadian currency.

The big success against the drug cartel has excited Indian security agencies, especially the Punjab Police and the Narcotics Control Bureau, whose officials had shared vital inputs with Canada and the USA in the last two years over the racket being run from Canadian soil.

The Indian agencies had in different operations in the last three years found drugs were transported to Canada from Punjab in vessels, electronic machines and even in holy books. Punjab counter-intelligence teams had in June 2018 named Canadian nationals Devinder Dev and Kamaljit Singh Chauhan in a drug racket which used improvised vessels to transport ketamine and opium to Canada.

In one case, the NCB had traced smuggling of cocaine to Punjab from Canada for local use as well as further trafficking to Delhi and Goa. This gang first used a paper-cutting machine to send a sample of the drug. Later, it sent a consignment hidden in printer machines to a Jalandhar-based company. “Canadian national Amrinder Singh Chhina was running the racket. As per our reports, he is active in Canada,” said an NCB official. “Another smuggler from Canada Jimmy Sandhu is reportedly in hiding after the NCB sounded Interpol about his activities.”

The agencies are hoping the follow-up investigation would lead to the arrest of a number of international smugglers based out of Canada, Italy and Australia who were wanted by security agencies in India.

Officials with the drug network said Punjab was a vital cog in the wheel with smugglers using the state for transportation of drugs to Delhi and Goa, besides Australia, UK, Vietnam and Italy. “We hope to get details about the accused belonging from Punjab soon,” said officials of the Punjab Police, Special Task Force against drugs and the Narcotics Control Bureau.

In the past three years, Indian agencies found in different operations that drugs were transported to Canada from Punjab in vessels, electronic machines and even in holy books.

Involved in the drug racket