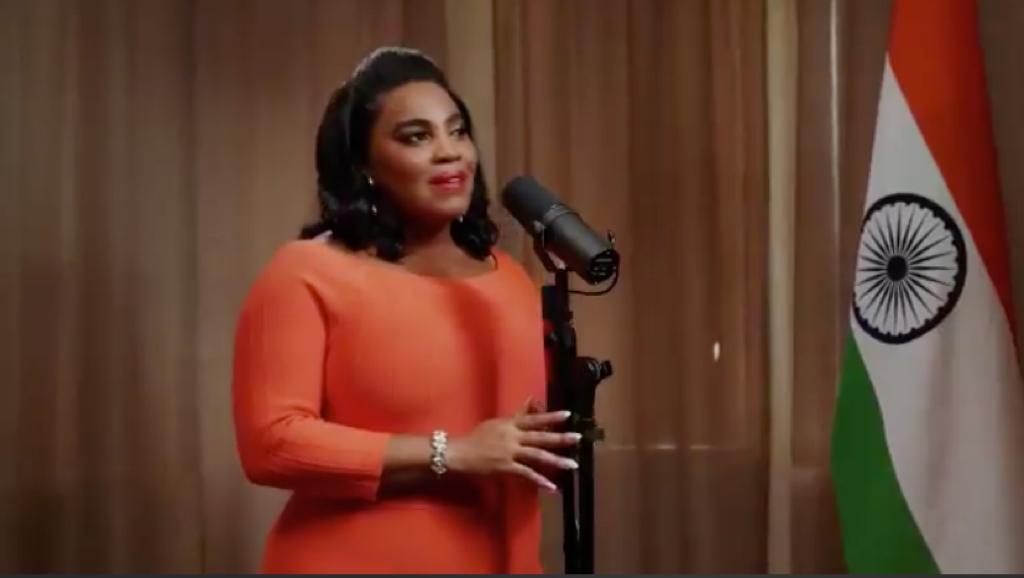 Mary Millben, a prominent African-American Hollywood actress and singer, on Saturday greeted Indians on the occasion of the country's 74th Independence Day and joined the virtual global celebration with a melodious rendering of the National Anthem.

"Today marks an important day in India for the Indian-Americans and Indians all over the world—India's Independence Day. I want to send my warmth to President Ram Nath Kovind, Prime Minister Narendra Modi, Ambassador Taranjit Singh Sandhu and to all of India as you celebrate this 74th Independence Day,” Millben said.

The inaugural forum is a 24-hour non-stop global platform featuring world leaders and stakeholders coming together for India's development and in celebration of India Independence Day.

"Since we are unable to celebrate together today, our hearts can all unite virtually in the spirit of freedom. America and India, the world's two largest democracies, share the value of freedom," said Millben, who spent the past several months learning Hindi and preparing for the National Anthem from an Indian teacher.

Music has no boundaries. Excellent rendition of Jana Gana Mana by @MaryMillben on the occasion of. #IndiaIndependenceDay #jaihind #usindiadosti https://t.co/KoXMen0tGE

“As an American small business owner, I have found India to be a welcoming demographic for global enterprise,” she said.

Millben said she has developed a deep affection for India through her study of Hindi.

"As an actress/singer in Hollywood, I have grown a deep affection for India through my study of Hindi, my deep immersion into India's culture, music and cinema, and so much more thanks to my beloved Hindi coach Dr Moxraj, First Cultural Diplomat and Teacher of Indian Culture at the Embassy of India in Washington, DC,” Millben said.

The US-India Strategic and Partnership Forum has hailed Millben's performance of India's National anthem for the Nudge Forum.

"Excellent rendition of Jana Gana Mana by Mary Millben on the occasion of India's Independence Day," the USISPF said in a tweet.

“Beautiful! Thank you, Mary Millben, for using your gift of music to bring countries and cultures closer together,” the Indiaspora, a high-profile diaspora group of some of the top Indian American corporate executives and leaders, tweeted.

Millben has performed for three consecutive US Presidents—George W Bush, Barack Obama and Donald Trump—and featured at the White House, the United States Congress among others. PTI