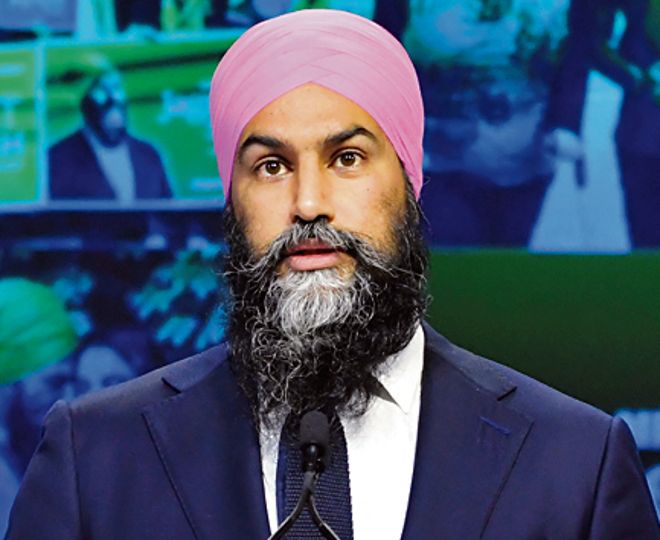 Residents of Thikriwala village in Barnala district have decided to perform an ardas in the gurdwara on Wednesday to celebrate the success of National Democratic Party (NDP) leader Jagmeet Singh, who belongs to this village, in Canadian elections. Though they expected Singh to increase his seat tally from last elections 24 to above 50 this time, they are happy as he will be a kingmaker again.

“We are proud of the achievement of Jagmeet. He has put the name of Thikriwala village on the global map,” said Thikrwala resident Balwant Singh Bhullar, who is posted as Treasury Officer Barnala.

Some people still remember that Jagmeet Singh visited the village in 1993, when the family sponsored a room in the school in memory of his grandfather.

Proud of his feat

We are proud of the achievement of Jagmeet. He has put the name of Thikriwala village on the global map. — Balwant S Bhullar, Thikrwala resident

Founder of Praja Mandal, a self-rule movement in princely states during the British rule, martyr Sewa Singh Thikriwala and Jagmeet’s great-grandfather Captain Hira Singh were cousins. Sewa Singh was jailed on a fabricated theft charge by the rulers of the erstwhile Patiala princely state where he died during a hunger strike in 1935.

Some elderly people still remember that Jagmeet visited the village only once. It was in 1993, when the family sponsored a room in the village government school in memory of his grandfather Shamsher Singh, who worked as an Army engineer.

“We have never met neither Jagmeet nor his any family member. But we feel connected whenever there is election in Canada. This time, we had high hopes that he would cross the tally of 50 seats, still happy that he has increased from past 24 to 25. Our village would perform an ardas on Wednesday to celebrate his success” said Nardev Singh, Vice president of Shaheed Sewa Singh Thikriwala Evergreen Society Regd Thikriwala. Sarpanch Kiranjit Singh said Jagmeet was an inspiration for all youth.