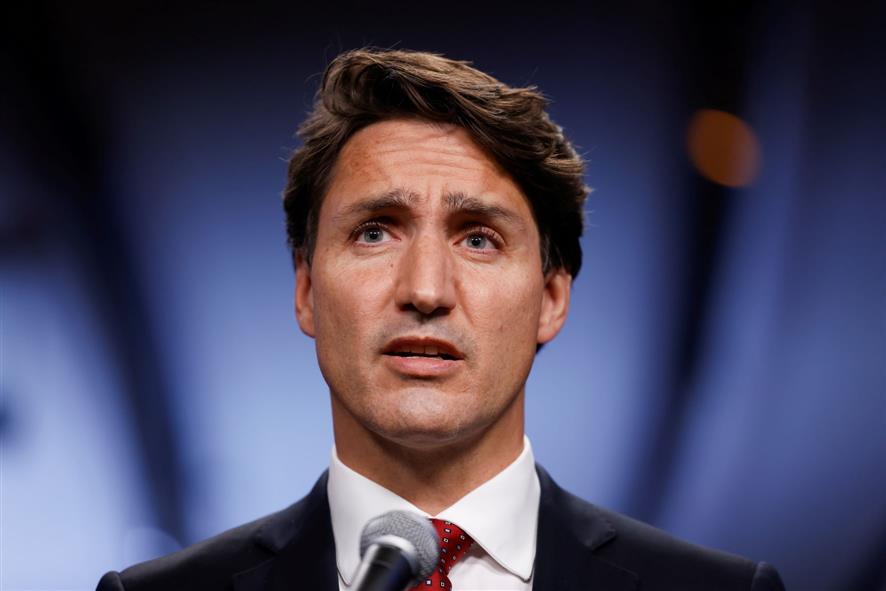 Canada's Prime Minister Justin Trudeau, facing possible defeat in a snap September 20 election, on Friday defended his decision to call the election early and said his main rival would undermine the fight against Covid-19.

Trudeau, who heads a minority Liberal government that needs opposition support to pass legislation, had hoped Canadians would reward his handling of the coronavirus pandemic with a majority in the House of Commons.

But polls show voters are unhappy that Trudeau, 49, who has held power for six years, called the vote during a fourth wave of the pandemic. Conservative leader Erin O'Toole, 48, holds a slight lead over the Liberal leader, surveys show.

Asked whether he regretted the election call, Trudeau told reporters in Hamilton, Ontario: "Absolutely not ... What we see is a very clear contrast between all the different parties on how we need to move forward as a country." Attacked daily by rivals for taking Canadians to the polls this month, Trudeau has struggled to turn the campaign toward policy issues. He is running out of time.

On Friday, a day after an inconclusive leaders' debate, Trudeau blasted O'Toole for arguing that Covid-19 vaccinations are a personal choice and should not be mandated.

Unlike the Conservative leader, Trudeau requires his fellow Liberal candidates be inoculated against the virus and last month his center-left government introduced vaccine mandates for domestic travel.

"He's better and quicker to stand up for the rights of those who choose not to get vaccinated than he is for your wife and your kids' rights to be safe from Covid-19," Trudeau said.

The Liberals compete for the same center-left electorate as the smaller New Democrats of Jagmeet Singh. Trudeau, adopting tactics he used in the 2019 election, said O'Toole could become prime minister if the progressive vote splits.

"The choice is clear in this election. Don't let Jagmeet Singh tell you there is no difference between a Liberal government or a Conservative government," he said.

Speaking earlier, Singh told reporters that "you do not have to chose between two parties that are arguing about who is worse ... better is possible." (See brief profiles of all candidates: )

The campaign's final stretch kicked off after Statistics Canada reported that the national unemployment rate fell to 7.1 per cent in August, its lowest during the pandemic.

"We have now recovered 95  per cent of the jobs lost during the Covid recession," Finance Minister Chrystia Freeland said, speaking alongside Trudeau.

A rolling Nanos Research poll of 1,200 voters on Thursday showed the Conservatives with 33.3 per cent support and the Liberals at 31.3 per cent. The left-leaning New Democrats had 19.2 per cent. Reuters