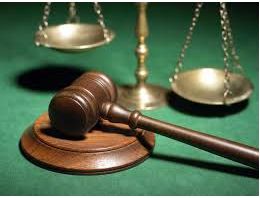 In the murder case of District Youth Congress president and Zila Parishad member Gurlal Singh Pehlwan, the police have procured an open-ended non-bailable arrest warrant from a local court against Canada-based Goldy Brar. He is believed to the main conspirator in the murder which was allegedly committed to avenge the killing of Goldy’s cousin, Gurlal Singh Brar, who was killed in Chandigarh on October 10, 2020.

The open-ended non-bailable warrant does not have a time limit for execution. The police also have plans to get a red-corner notice issued by Interpol against Goldy.

Brar (26) was a former state president of the Students’ Organisation of Panjab University (SOPU). He was an acquaintance of gangster Lawrence Bishnoi. After killing Brar last year, members of a group had taken the responsibility for the murder through a Facebook post, saying he was killed to avenge Lavi Deora’s murder in July 2017 at Kotkapura, allegedly by members of the Lawrence Bishnoi gang. — TNS