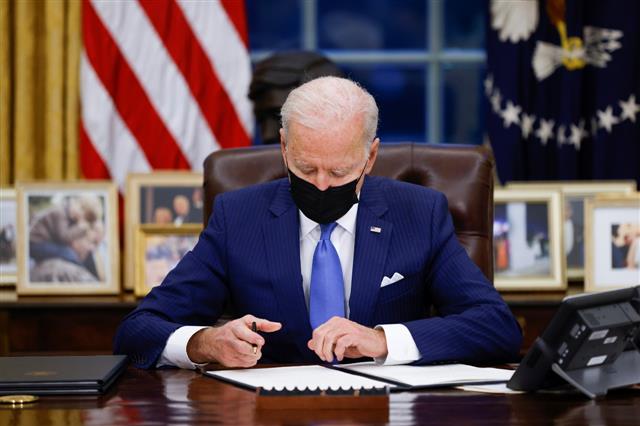 Bhutoria has been one of the strongest supporters of Biden from the very first day of his presidential campaign.

“This is a historic accomplishment and milestone achievement by President Biden to put an end to this chaotic and 20-year-long war,” Bhutoria, who is from the Silicon Valley, said.

He said Biden as a commander-in-chief successfully led troops and diplomats to carry out “this highly risky mission in Kabul with unparalleled results”.

“President Biden led an airlift that evacuated tens of thousands more people than any imagined possible. We look forward to welcoming our Afghan allies to their new homes in Fremont, California and in other parts of the United States,” Bhutoria said in a statement soon after Biden announced the end of war in Afghanistan.

“I congratulate President Biden, Secretary (of State, Tony) Blinken, our troops and entire team on completion of our withdrawal from Afghanistan, and the end of the military mission to evacuate American citizens, third country nationals, and vulnerable Afghans,” he said.

A Democratic National Finance Committee member, Bhutoria said Biden displayed quick and decisive leadership in striking on ISIS-K terrorists who killed 13 US service members and many civilians in Kabul. PTI