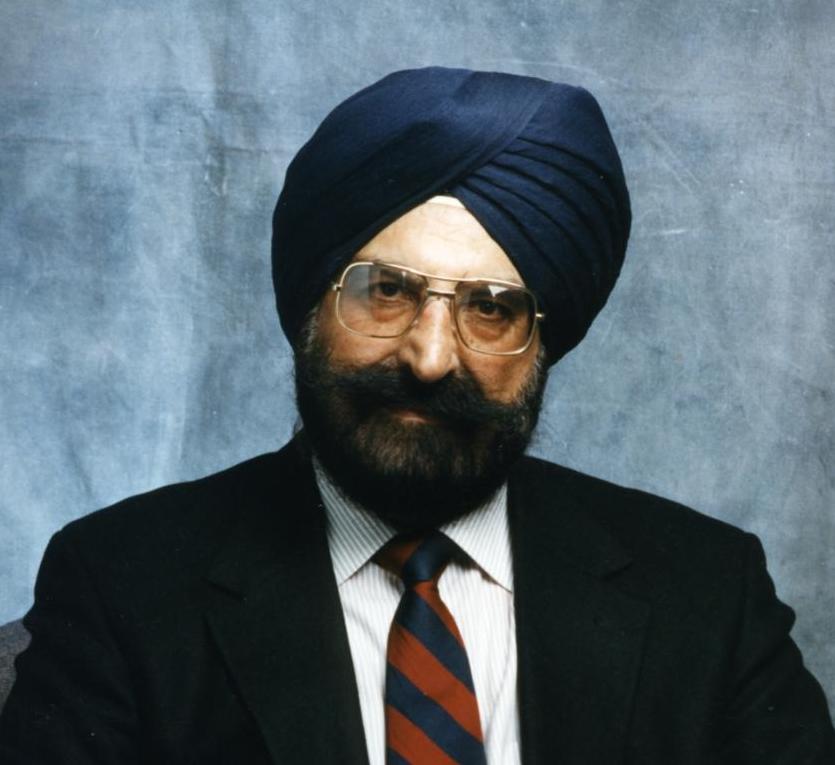 Narinder Singh Kapany, often described as the 'father of fibre optics', passed away on Friday. He was 94.

This profile by Reeta Sharma was published in The Tribune on April 12, 2005:

DR Narinder Singh Kapany is among the 10 most renowned Sikhs in the world. He has also earned the title of “Father of Fibre-Optics”. He was named one of the seven “Unsung Heroes” by Fortune magazine and called Businessmen of the Century in its issue of November 22, 1999.

Born in Moga, Kapany graduated from Agra University and did advanced studies in optics at the Imperial College of Science and Technology, London. Finally, he received his doctorate from the University of London in 1955. Migrating to the USA, he bloomed as a scientist.

Dr Kapany’s research on fibre optic communications, lasers, bio-medical instrumentation, solar energy and pollution monitoring led him to gather more than 100 patents. He became a member of the US National Inventors’ Council. Name, fame and awards began pouring in. At present, he is a Fellow of numerous scientific societies, including the British Royal Academy of Engineering, the Optical Society of America and the American Association for the Advancement of Science.

In 1960, he founded Optics Technology Incorporation and served as Chairman of the board, President and Director of research for 12 years. In 1967, the company went public with numerous corporate acquisitions and joint ventures in the US and abroad.

In 1973, Dr Kapany founded Kaptron Incorporation and was its President and CEO until 1990, when he sold the company to AMP Inc.

For the next nine years, Dr Kapany was an AMP Fellow, heading the Entrepreneur and Technical Expert Programme and serving as Chief Technologist for Global Communications Business.

As an academician, Dr Kapany has supervised research activity of postgraduate students. He was Regents Professor at the University of California, Berkeley and at the University of California. At Stanford University, he has been a Visiting Scholar in the Physics Department and Consulting Professor in the Department of Electrical Engineering. As an author and lecturer, Dr Kapany has published over 100 scientific papers and four books on opto-electronics and entrepreneurship.

But for his already known background, I would have mistaken him as the man next-door when I met him in his California office recently. Unassuming and restless, Dr Kapany is basically a man in love with life. Brimming with a sense of satisfaction, he often breaks in full-throated laughter and has an appetite for good food.

As a philanthropist, Dr Kapany endowed a Chair of Opto-Electronics at the University of California in 1999. He is also a trustee of the Menlo School in Menlo Park, California.

Dr Narinder Singh Kapany is one of those few persons who can look beyond one’s self. After establishing his credentials in the world of science, he returned to his roots. He realised that the potential of Sikh art has remained unexplored. In 1967 he founded the Sikh Foundation to pursue this cause.

In collaboration with international institutions, the California-based Foundation publishes authentic research works on Sikhism. It has also established Sikh Studies Chairs and Fellowships in leading universities in North America and long-term and permanent Sikh Arts exhibits.

In 1998 Dr Kapany funded a Chair of Sikh Studies at the University of California in memory of his mother, Kundan Kaur Kapany.

Dr Kapany’s achievements are remarkable. As founder of the Sikh Foundation, he has introduced to the First World aspects of Sikhism through books, calendars, posters, greeting cards and exhibitions.

A library of 300 books on Sikhism, including 55 scholarly works, and a children’s library of 20 books have been established by his Foundation. The Foundation also undertook a pioneering project of Sikh architectural preservation. In collaboration with UNESCO, the Foundation has restored “Guru-Ki-Maseet”, a Muslim mosque built by Guru Hargobind in Sri Hargobindpur in Gurdaspur.

To celebrate 25 years of the Sikh Foundation, Dr Kapany in March, 1999, gifted $ 500,000 to the Asian Art Museum of San Francisco to establish a Sikh arts gallery, which is named after his wife, Satinder Kaur. He has donated over 100 historical and rare Sikh art works from his personal collection to this gallery. He has also donated an equal number of Sikh art works to the Sikh Heritage Gallery at the Smithsonian Institute at Washington, DC.

In March 1999 the Sikh Foundation organised an exhibition of “Arts of the Sikh kingdoms”. This was followed by “Splendours of the Punjab: Sikh Art and Literature in 1992” organised in collaboration with the Asian Art Museum and the University of Berkeley.

The Foundation also sponsors a Punjabi language studies programme at Stanford University and the University of California. Currently plans are being drawn to start a Sikh high school.

Dr Kapany is trying to negotiate an agreement with the Victoria and Albert Museum, London to endow a permanent annual lecture series on the Sikh Arts.

The Foundation is also taking steps to counter the current problem of mistaken identity of the Sikhs in America. Recently, the Sikh Foundation also collaborated with a group of Sikhs in Toronto to organise the first-ever Sikh Film Festival.