Underlines its commitment to farmers’ cause 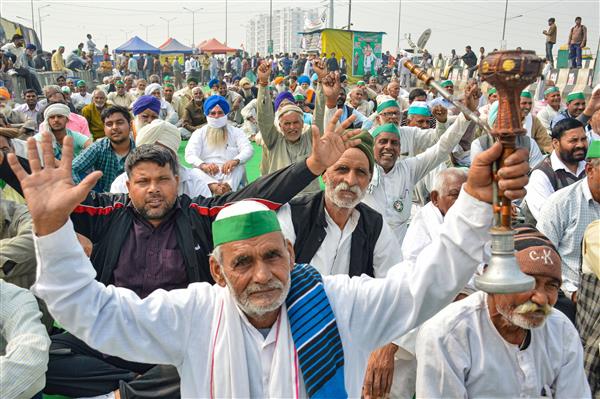 On Valentine’s Day, about two dozen Indian diaspora organisations launched an initiative for extending support to protesting farmers by tweeting or sending a rose to Indian Prime Minister Narendra Modi.

The organisers urged sympathisers and members to send a rose to Indian missions in their respective regions to express their solidarity with the Indian farmers.

“We would like to express our unwavering solidarity with the farmers in India and to draw attention to their non-violent protest braving harsh weather conditions and repressive measures for over two months,” the Global Indian Diaspora, a coalition of progressives, said in a joint statement.

At the same time, the Diaspora made it clear that they opposed any rhetoric or ideology that divides people of India.

Though the initiative has the form of a fun social media campaign, the Diaspora underlined its commitment to the farmers’ cause by urging for the release of all those in custody.

The Diaspora also acknowledged the moral perseverance of Indian farmers and said it wished to amplify the voices of farm leaders like Darshan Pal, who oppose the “...repressive measures unleashed by the government against farmers, including the discriminatory laws, the arrests of farmers and the internet shutdown,”

It also highlighted the case of labour rights activist Nodeep Kaur, several farmers who have gone missing since the Republic Day protests and many other political prisoners who remain in police custody without due process.

Seconding the Kisan Ekta Morcha’s call for an open debate on the farm laws, the Diaspora wanted New Delhi to undertake a public commitment to include stakeholders as part of a review of existing laws and engage honestly and sincerely with farmers, acknowledging their fear, anger and grievances.

In the case of these specific agriculture laws, repeal the laws and submit the Bills to a parliamentary committee for review and stakeholder engagement to modify them in a genuine effort to best meet the needs of farmers, as per prior parliamentary norms.

A few days earlier, 78 Indian-American organisations and gurdwaras in the US had sent a joint letter to US President Biden to send a strong message to India on Human Rights violation at India’s farmers protest. It also expressed concern over a few twitter handles proposing a repeat of the 1984 pogroms.

Meanwhile, the Indian-American media has reported that Raj Sodhi-Layne, an unassuming long-time resident of California, was the driving spirit of a public campaign to fund an ad during the telecast of the Sunday Super Bowl that was watched by millions and went ‘viral’ on social media. Sodhi-Layne and her friends raised over $ 10,000 for the 30-second ad, she told Indica News.