Grenade lobbed at US NRI's house in Sangrur, no blast 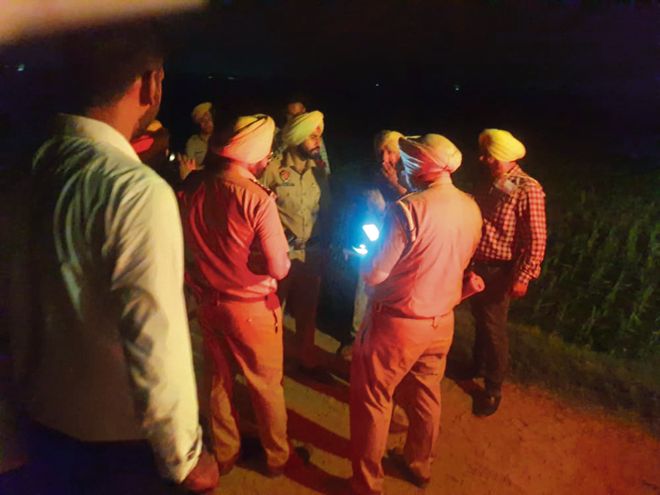 Cops at Hedike village in Sangrur on Thursday. Tribune photo

The Khanna police today recovered a live grenade from the terrace of the house of a US NRI in Hedike village of the district.

The grenade was allegedly thrown by Khalistan Liberation Force (KLF) members, who were arrested by the Khanna police three days ago, on June 24.

A team of the Khanna police, in a joint operation with the Sherpur police, recovered the grenade, which remained unexploded all these days.

Sangrur SSP Vivek Sheel Soni said during their interrogation the arrested KLF members told the police that they had thrown a grenade at the rooftop of NRI Malkiat Singh, who had a dispute with his wife Jaspaljit Kaur, who stays in Manila.

"On June 24, we had also registered a case after the family of Malkiat informed us that some unidentified persons had fired at the main gate of the house where his aged parents stay. Since Malkiat is in dispute with his wife, we are conducting thorough investigation from all angles," Soni said. At the time of filing the report, the police team was at the spot and inspecting the area. — TNS