The Senate impeachment trial of Trump began on Wednesday 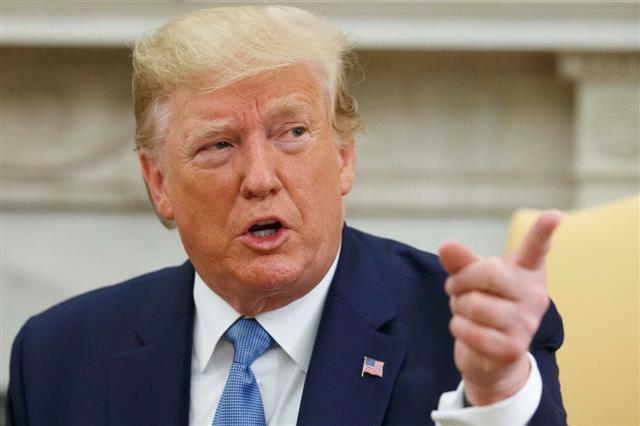 Indian-American lawmakers on Wednesday supported the impeachment of former president Donald Trump for inciting his supporters for violence on January 6.

The Senate impeachment trial of Trump began on Wednesday.

"The president incited the crowd that attacked our Capitol and our democratic institutions last month and the necessity of his conviction is as clear today as it was the day he caused United States Representatives, Senators, and their staff to flee for their lives and pray for their safety,” Indian American Congressman Raja Krishnamoorthi said.

"Watching the former president's impeachment trial before the Senate, I couldn't help but reflect on the extremely disturbing events of January 6. When violent insurgents stormed the Capitol, I was forced to flee my own office with my staff after a bomb was discovered only two hundred feet from my office window," Krishnamoorthi said.

Krishnamoorthi had voted in favour of impeaching Trump in the House of Representatives, so did the three other Indian-American lawmakers -- Ami Bera, Ro Khanna and Pramila Jayapal.

"The video evidence presented at the impeachment trial -- Trump whipping up the mob, then the attack on the Capitol -- was chilling. We were all there. How can Senators deny that Trump incited that deadly attack on us and our democracy?" she said in a tweet.

Lead defence lawyer Bruce Castor said he shifted his planned approach after hearing the prosecutors’ emotional opening and instead spoke conversationally to the senators, saying Trump's team would denounce the “repugnant” attack and “in the strongest possible way denounce the rioters”.

Trump attorney David Schoen turned the trial towards starkly partisan tones, arguing the Democrats were fuelled by a “base hatred” of the former president. PTI