Prior to her role on the campaign, she served as senior spokesperson for Mike Bloomberg's presidential campaign 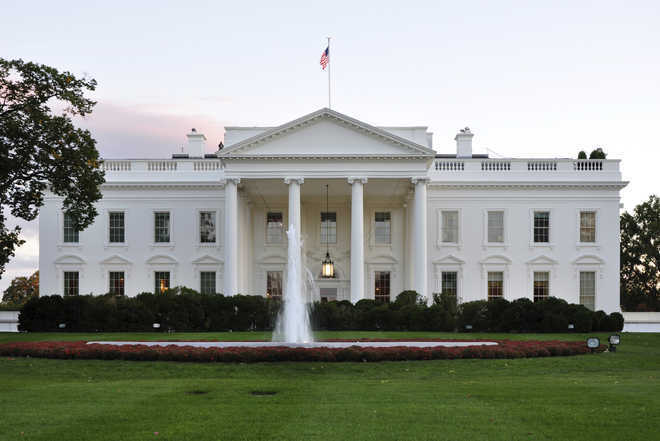 Indian-American Sabrina Singh would serve as Deputy Press Secretary to the Vice President in the White House, according to an announcement made by the Biden-Harris Transition.

Singh has also worked at SKDKnickerbocker, served as Communications Director for Representative Jan Schakowsky and worked at various Democratic committees, said the Biden-Harris Transition as it announced additional members of the Vice President's Office at the White House.

These diverse, experienced, and talented individuals will join the Office of the Vice President.

The appointments demonstrate that the president and vice president-elect are building an administration that looks like America and is ready to deliver results for the American people on day one, the transition said.

“Building our nation back better requires having the best and the brightest in our administration. These accomplished individuals have the knowledge and expertise to hit the ground running on day one and will work each day in service to the American people,” President-elect Biden said.

“With their varied and diverse backgrounds, they bring a shared commitment to tackling the crises facing America, helping us become a stronger, more united nation,” he said.

“These deeply experienced public servants reflect the very best of our nation, and they will be ready to get to work building a country that lifts up all Americans. Their counsel and expertise are grounded in a commitment to making sure our economy works for working people and all those looking to work,” said Harris.

“And their leadership will be critical as we work to meet the challenges facing the American people -- from the coronavirus pandemic to this economic recession to our climate crisis and long-overdue reckoning on racial injustice. I am proud to announce these individuals will be joining my team and look forward to working alongside them each and every day,” she said.

“President-elect Biden and Vice President-elect Harris have a bold agenda that will build our nation back better than before. These appointees will work tirelessly for the American people, and I am proud to have them join our White House team,” said incoming Chief of Staff to the Vice President Tina Flournoy. PTI