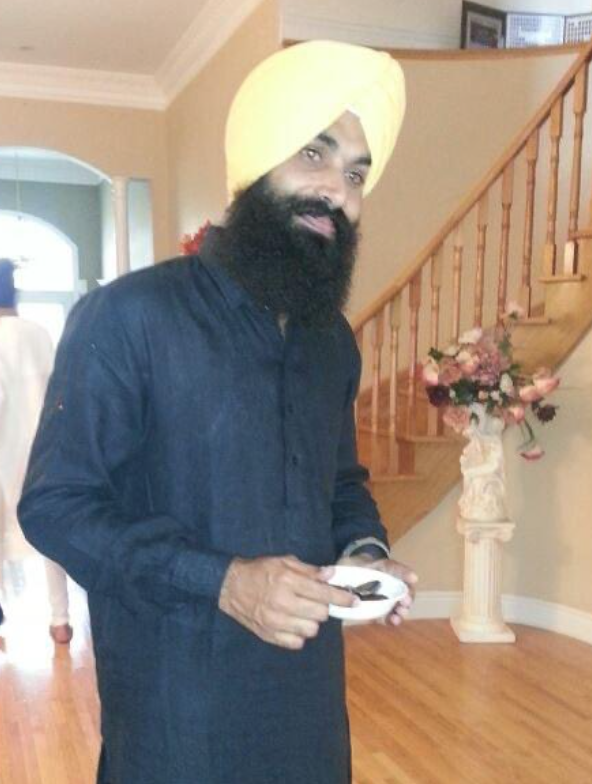 Indian-origin Sikh Taptejdeep Singh, who was among the nine people killed in the latest horrific mass shooting incident in the US, has been hailed as a hero who lived by the values of service and protection of others, his family members said, as they tried to find comfort hearing how he spent his final moments helping his colleagues to safety.

Samuel Cassidy, 57, a maintenance worker of the Valley Transportation Authority (VTA), San Jose, on Wednesday gunned down nine of his co-workers in one of the deadliest shootings in California state in recent years.

Singh, 36, who was a light rail operator at the VTA for nine years, was the first victim to be publicly identified by his family after the incident.

“Even in these moments of chaos, Taptejdeep was living by the values of Sikhi: living in service and protection of others," Singh's brother Kamran said in a statement issued on behalf of the family on Thursday.

"We choose to remember Taptejdeep as the hero he was, both in those final moments and throughout his life of service," USA TODAY reported quoting the statement.

Kamran said that his family was comforted hearing how he spent his final moments trying to keep his co-workers safe.

The father of a 3-year-old son and a 1-year-old daughter, Singh liked to arrange camping trips as well as motorcycle rides with co-workers.

Born in India and raised in Union City, California, he was killed while he was trying to make sure others were safe.

Co-workers at the light rail yard at the VTA said he left the safety of an office room, where some colleagues were hiding, to help others escape the line of fire.

Sukhvir Singh, another VTA employee, said Singh called him to warn him about the shooter.

"Because of him, so many people were able to go home to their families," Sukhvir said.

"We will never forget how he lived to the highest ideals of Sikhi in a moment of crisis, and my prayers are with his family and the families of all those who lost loved ones in this horrific attack," he was quoted as saying by USA TODAY.

The Sikh Coalition, an organisation that works to protect civil rights, has reached out to offer help to Singh's family, the report said.

“I'm angry. I'm sad. I'm at a loss of words. At the same time, I'm trying to find the reasons why,” Naunihal was quoted as saying by The Mercury News.

Talking about Singh, Naunihal said, "he had a calming effect on the office. I've never seen him get mad.”

Meanwhile, more than 2,000 people gathered at San Jose City Hall on Thursday for a vigil to remember the victims of the VTA mass shooting, NBC Bay Area reported.

Karman Singh, at the vigil, said that no one will be able to replace Taptejdeep.

"My nephew and my niece are not going to have a father. No matter how much I love them, how everyone loves them, they are going to ask for their father,” he said.

Karman said he was also there at the vigil in honour of the other victims as well.

"He thought of them as family, and his family is my family," Singh said, adding that he wanted to "show people so much strength that nobody ever dares to try to break anybody, to walk into a place with dozens of people and take out people one by one."

Some mourners at Thursday's vigil carried signs calling for the end of gun violence.

Fair said he believes all the handguns were used during the attack, noting that one of the weapons jammed during the shooting spree.

During his rampage, the shooter told a local union official who was present but did not work for the VTA, "I'm not going to shoot you," the sheriff told CNN.

A witness told CNN affiliate KGO that he also believed the gunman bypassed certain people and appeared to select those he shot.

"He ... was targeting certain people. He walked by other people," VTA worker Kirk Bertolet told KGO on Wednesday night. "He let other people live as he gunned down other people." PTI