Parikh, who joined Waze as the CEO in late June, is a veteran of online hospitality brand Expedia 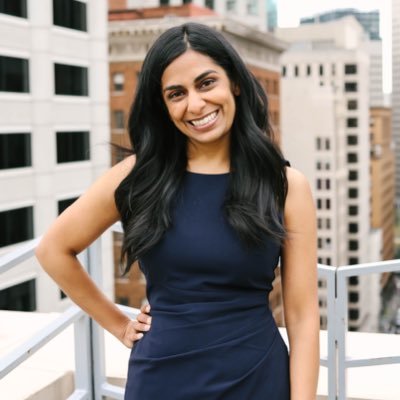 Neha Parikh, the former Indian-American president of the travel website Hotwire, has been appointed as the new CEO of Waze, a crowd-sourced navigation app and a subsidiary of tech giant Google.

Neha, 41, a board member of the online used car retailer Carvana, replaced Noam Bardin, who stepped down in November as the CEO after leading the Israeli company for 12 years.

Parikh, who joined Waze as the CEO in late June, is a veteran of online hospitality brand Expedia, and has served in a variety of positions at two of the corporation's subsidiaries: Hotels.com and as Hotwire's youngest and first female president.

"As Neha leads Waze into the future, she will remain hyper-focused on our passionate community, beloved brand, and best-in-class products,” said a spokesperson of the company.

Waze currently has over 140 million active monthly users in more than 185 countries who drive more than 24 billion miles (40 billion kilometres) every month.

The app can give out directions in 56 different languages and employs over 500 people, a significant number of which are based out of Israel.

“On my first visit to the Carvana offices, I took a picture of their prominently displayed values, one of which is ‘Your next customer may be your mom,' which I love,” Parikh said in a statement.

“Relentless customer focus has been central to my career, so I'm thrilled to align with a company that puts their customers first,” she said.

Founded in Israel in 2008. Waze quickly emerged as a top choice among Uber and Lyft drivers. The company was acquired by Google in 2013 for a reported USD 1.1 billion (110 crore). It continued to flourish as Google refrained from absorbing it into its Maps division and allowed it to stay independent. PTI