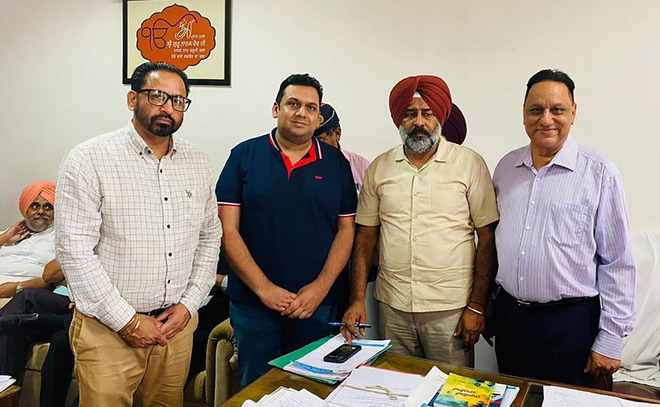 A delegation of NRIs, along with Karan Randhawa, NRI coordinator, Australia, and member of the high-powered investment committee, met Punjab NRI Affairs Minister Pargat Singh at his office in Chandigarh on Friday. The delegation handed over a road map for the NRI Affairs Department to the minister. The delegation also urged the minister to implement the proposed road map in the next 100 days.

His proposal was submitted after a thorough consultation and feedback received from NRIs around the world, said Randhawa. “The key issues in the proposal include implementation of the new Act within time-bound fast track judicial tribunal or courts, help desk office to facilitate NRIs and foreign investments, which will act as single window to approve all proposals,” Randhawa added.

“The other points of this proposal are developing sister-state relations with foreign countries to boost economic activities, issuing NRI investment bonds for infrastructure projects and setting up food processing industry under the PPP model with NRIs,” said Randhawa.

To safeguard property of NRIs, it was essential to have time-bound fast track courts, Randhawa added.

“The present judicial system has a lengthy process, which makes it difficult for NRIs to protect their properties. Illegal possession of properties of NRIs is a common problem. Those indulging in such acts find loopholes in the present judicial system to delay court proceedings and discourage NRIs to fight through legal procedures,” said Randhawa.

“We have few investment proposals. Lack of interest from various departments to facilitate talks has discouraged investors to put forward their proposals. Red-tapism and and lack of coordination in almost all departments makes it difficult to create an investor-friendly environment. No department is willing to accept innovative ideas of the NRIs for the development of the state,” Randhawa added.

“If the government makes the NRI Affairs Department a single contact point to facilitate NRIs and foreign investments it may help overcome such problems,” said Randhawa.