Number of Indians studying in US dropped by nearly 13 per cent in 2020-21: Report

Indian students still constitute the second largest group of international students in the US after those from China, according to the 2021 Open Doors Report 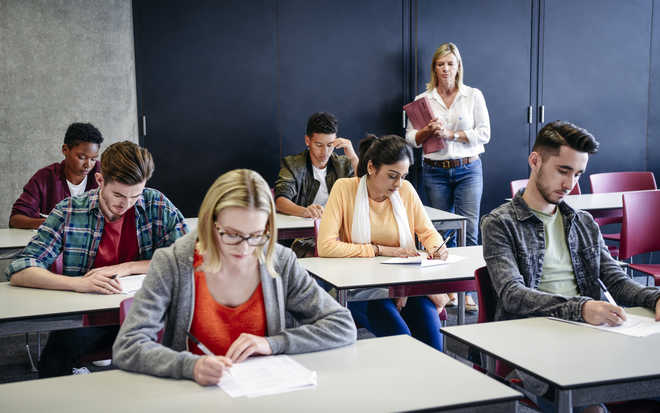 The number of Indians studying in the United States decreased by nearly 13 per cent in 2020-21 as compared to the previous academic year, according to an annual report released by the Institute of International Education on Monday, with US officials attributing the drop in numbers to the impact of the coronavirus pandemic.

Senior officials of the US Embassy in New Delhi on Monday shared some of the details from the report at a press conference held at the Fulbright House here, and also told reporters that “over 62,000 student visas were issued this summer alone, more than in any previous year”.

The figures on student visas indicate that the “downturn” in number of Indians studying in the US, was a “Covid blip”, and that the “overall trendline has been generally positive”, said Anthony Miranda, Counselor for Cultural and Educational Affairs at the US Embassy.

He spoke about the global impact of the Covid-19 pandemic on education and student mobility, and that the US too suffered its impact with a drop in the number of international students studying in the US.

The number of Indians studying in the US decreased by about 13 per cent in 2020-21 vis-a-vis the previous academic year, while in reference to the same period, the overall decrease in number of international students in the US was about 15 per cent, Miranda said, citing the report.

The annual report is published by the Institute of International Education (IIE), in partnership with the US Department of State’s Bureau of Educational and Cultural Affairs. It is the comprehensive information resource on international students and scholars in the US, and American students abroad.

“I am pleased to announce that the report confirms that the US continues to be a top destination for international students seeking higher education abroad,” Miranda said.

Minister Counsellor for Consular Affairs at the embassy Donald Heflin said, the pandemic and the ensuing lockdown posed major challenges, and raised safety concerns in the minds of parents whose children were to fly to the US for higher education, but efforts were made on both sides (US and India) to ensure a safe and comfortable transition for students.

“Despite the global pandemic, Indian students were able to apply for visas and travel to the United States. We issued over 62,000 student visas this summer alone, more than in any previous year. This goes to show that the US remains the destination of choice for Indian students looking to study abroad.  We look forward to issuing many more visas in the year to come,” he said.

Heflin also told reporters that more slots for issuing of visas to students, planning to head to the US for Spring semester, have been kept in December.

The US Embassy in its statement said that “the United States remained open and welcoming to international students throughout the global Covid-19 pandemic”.

The first Covid-19 case globally was reported in Wuhan in China in December 2019. And later in Europe, and the US and other countries. In India, the first case was reported in January 2020, and as the cases increased, a nationwide lockdown was imposed by the government late March that year.

International flight services were suspended as part of the measures by the government to contain the spread of the pandemic.

Scheduled international passenger services have been suspended in India since March 23 last year due to the pandemic. But special international flights have been operating under bilateral “air bubble” arrangements with approximately 28 countries, including the US, since July 2020.

The US Embassy in its statement on Monday said, “Last year, the US government and US higher education institutions implemented measures to safely welcome international students in person, online, and via hybrid learning methods, guaranteeing that opportunities and resources to international students remained robust”.

Miranda further said, “International student mobility is central to US diplomacy, innovation, economic prosperity, and national security. We value Indian students, as they build life-long connections with American peers to maintain and grow international partnerships, and to collectively address current and future global challenges.”    The event was hosted at the United States-India Education Foundation (USIEF).

USIEF promotes mutual understanding between the nationals of India and the US through the educational exchange of outstanding scholars, professionals and students. Since its inception, USIEF has awarded approximately 20,000 Fulbright, Fulbright-Nehru, and other prestigious grants and scholarships in almost every academic discipline, according to its website. PTI