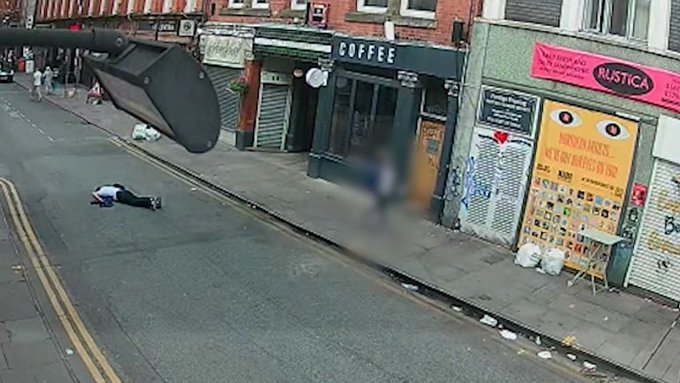 A man has been arrested after last month's attack on a Sikh priest in UK's Manchester, which left the 62-year-old victim with serious brain injury, media reports said.

A 28-year-old man was arrested on Wednesday on suspicion of section 20 assault in connection with an attack on a Sikh priest in Manchester City Centre.

“Following an appeal for assistance from the public, a 28-year-old man was arrested earlier today (September 7, 2022), on suspicion of section 20 assault in connection with an attack on a Sikh priest in Manchester City Centre,” Manchester Evening News quoted the police statement released on September 7.

Last week, police released CCTV footage of an assault on a Sikh priest. The victim's family said that the man was inflicted with "life-changing injuries”.

Police investigating an attack on a Sikh priest in Manchester back in June have released CCTV of the attack as his family say he's been left permanently brain damaged #CapitalReports pic.twitter.com/JJ1f0r3lae

"Just before 6.30 pm on Thursday June 23, 2022, officers were called by the North West Ambulance Service to a report of a man found unconscious in the road on Tib Street," the police had said in an earlier statement.

CCTV enquiries revealed that the victim had been assaulted by an unknown male close to the junction with Hilton Street.

The offender then fled the scene on foot, turning left onto Oldham Street.

The victim was left unconscious in the middle of the road, before being taken to hospital where he has since remained.

Detective Inspector Mark Astbury, of Longsight CID, said: "We took the decision to release the CCTV footage with the family's permission, simply to show the severity and mindlessness of this attack and why we need to make sure the offender is found and faces the consequences of his appalling actions".

In an earlier statement, the victim's family last week said the Sikh priest's life tragically altered forever when a thug attacked him. The family said they read horrific things in the news but never expect it to happen to one of thier own.

"On the 23rd of June 2022, our loving and caring husband/father, a 62-year-old Sikh priest, had his life tragically altered forever when a thug cowardly committed this heinous act, leaving him in a pool of blood with catastrophic permanent life-changing brain damage and walked away as if it was normal behaviour."

"We will sadly never get the man back who left for work that day and thought he would walk home to enjoy the nice weather,” they added.