His nine friends hail from Pakistan, Bangladesh and Sri Lanka 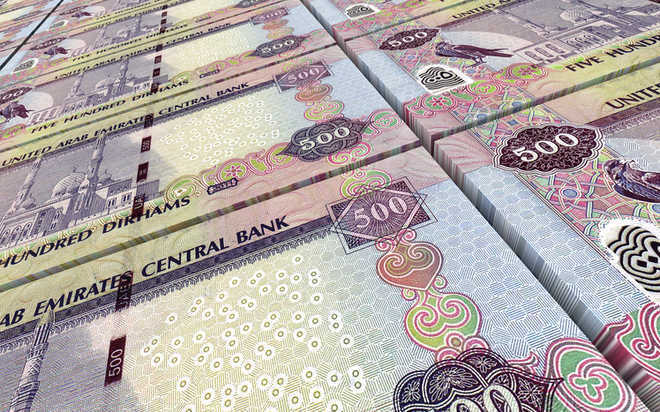 Each year, thousands of people from the Indian subcontinent head over to Dubai in search of better opportunities and lifestyle

Each year, thousands of people from the Indian subcontinent head over to Dubai in search of better opportunities and lifestyle. Some lucky ones, like Renjith Somarajan and his friends, actually do strike gold in the 'City of Gold'.

The 37-year-old Somarajan came to the United Arab Emirates (UAE) in 2008 from Kollam district in Kerala. He started his Gulf career as a taxi driver, and after 13 years of hard work, is on the verge of joining a new job in a private company with a monthly salary of 3,500 dirhams (Rs 71,200).

Life has not been a bed of roses for the father of one, but on Saturday, Lady Luck decided to smile on Somarajan and nine of his friends.

The Indian had crowd-funded and brought an Abu Dhabi Big Ticket, a monthly raffle held by Abu Dhabi International Airport, along with nine friends hailing from Pakistan, Bangladesh and Sri Lanka.

Somarajan, who has been purchasing tickets for the past three years, said he heard the announcement live just as he was passing a mosque along with his wife and son.

He told Khaleej Times: "I have worked as a driver with Dubai Taxi and different companies. Last year, I worked as driver-cum-salesman in a company, but it was a difficult life. My wife works at a hotel.

"I used to buy tickets with the aim of improving my quality of life. I always wanted to start my own business. I will consult my family and make a decision (on how to spend the money)."

The amount will be shared, meaning each person gets 2 million dirhams (Rs 4.06 crore).

The 3-for-2 Big Ticket offer meant they could purchase three tickets for the 1,000 dirhams pooled.

Somarajan added: "We are a total of 10 people. Others work in the valet parking of a hotel. We took the ticket under the abuy two and get one free' offer. The ticket was taken in my name on June 29.

"All I can tell others is to continue trying your luck. I was always sure that my lucky day would come. I was always sure the almighty would bless me one day." Another Indian, Rence Mathew, won the second prize of 3 million dirhams (Rs 6.09 crore) with ticket No: 355820.