Run goods trains in Punjab first, will then consider allowing passenger ones: Farm unions to Centre 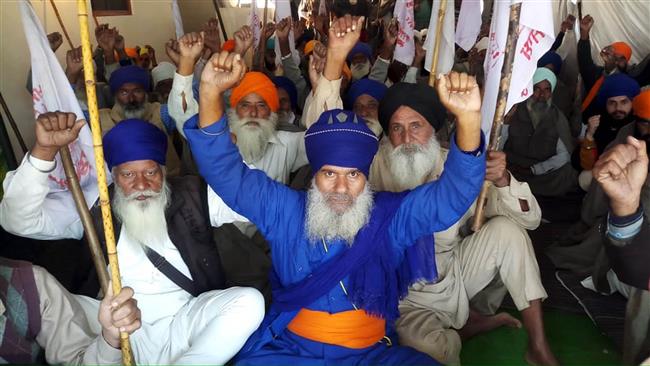 This was the main decision taken by the 30 farmer unions that met here on Wednesday, to discuss the further course of action in the ongoing farmers’ agitation. After deliberating for over five hours, the unions said the Centre must show its good intent by allowing goods trains to operate.

The union leaders said they were under pressure from the industry as well as the state government to stop the agitation on the railway property (farmers are no longer on the tracks or railway platforms, but protesting on railway parking and other lands), as the Union Railway Ministry and the Railways Board has refused to revoke the suspension of trains. “We would like to tell the industrialists that we are fighting for a just cause, which is directly linked to the state’s economy. The Centre is responsible for keeping train services suspended... not us,” said Rajinder Singh Deepsinghwala of Krantikari Kisan Union, adding that the agitation would continue.

During the marathon meeting today, discussion was also held on the last week’s meeting with Central ministers in Delhi. It is learnt that all unions unanimously rejected the suggestion that the three Farm Acts would benefit farmers. They criticised the Centre for disallowing them the rally venue at Delhi for the agitation on November 26-27, and vowed to make the agitation a grand success.

Ruldu Singh Mansa, president of Punjab Kisan Union, who chaired the meeting today, said they also discussed the routes that the farmers will be taking to reach Delhi, as efforts will be made to stop their march to the capital. “All district committees will be meeting on November 21, to chalk out their plan,” he said

Punjab Chief Minister Amarinder Singh expressed disappointment over the “adamant refusal” of the farmer unions to completely lift their rail blockade, saying it has brought the state virtually to a standstill for the past month and a half.

In a statement, he called the farmer unions’ decision “extremely unfortunate”, saying their blockade of passenger trains was obstructing the movement of goods trains as well.

He said he had expected them to back down from their “unyielding” approach in the interest of Punjab, particularly in view of the state government’s absolute support for their cause.

“They should realise things could not continue like this ad infinitum, and if rail transportation continued to remain suspended any longer, the state would plunge into an irreversible crisis,” he said.

He added that no government could afford such a situation.

Industry has already suffered losses to the tune of Rs 30,000 crore so far, he said.

Industries in Ludhiana and Jalandhar have borne Rs 22,000 crore in losses.  Over 13,500 containers are lying at Dhandari dry port, from where they could not be sent to other parts of the country.

In the agriculture sector, 60,000 gunny bags are stuck in Delhi and Rajpura, impacting the lifting of paddy from grain markets, the CM said.

He said the suspension of train services has also prevented the supply of 40 lakh tonnes of parboiled rice from Punjab to Bihar and eastern Uttar Pradesh for the public distribution system, causing the central government to pick up grain from Telangana and Andhra Pradesh. ---PTI