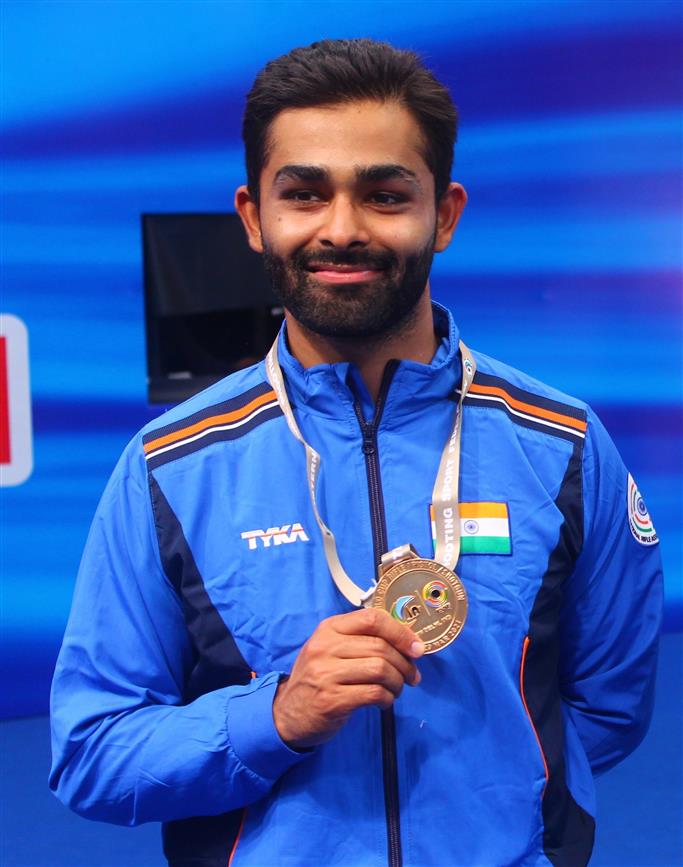 Next time if you see shooter Angad Vir Singh Bajwa compete in an international tournament, the flag on the back of his jacket could be the Maple Leaf Flag of Canada instead of the Indian Tricolour.

Bajwa, who represented India at the Tokyo Olympics in skeet, has received the No Objection Certificate (NOC) from the National Rifle Association of India (NRAI) to represent Canada. It is understood that the shooting body received a request from Bajwa over a month back.

Bajwa’s family is settled in Canada, where his father Gurpal Singh has a flourishing business. Other than getting back to the family environment that he so craved, the move will also help Bajwa to train with his current coach and three-time Olympics gold medallist Vincent Hancock, who stays in the USA.

Neither Bajwa nor his father was available for comments.

NRAI secretary general K Sultan Singh said the decision to grant Bajwa the NOC was taken as the athlete has shifted base and will not be available for the federation’s training and competition schedule.

“The NRAI cannot be an impediment in such a scenario. As far as I know, he has already shifted base and he will not be part of our training schedule,” Sultan Singh told The Tribune on Thursday.

“The federation cannot force anyone to represent us so all we can do is wish him well and that’s why his request was granted,” he added.

Besides representing India in Tokyo where he shot 120 to finish 18th, Bajwa has a rare distinction of being the only shooter to win back-to-back Asian Shooting Championships in 2018 and 2019. At the 2018 championships, Bajwa became the first-ever shooter to record a perfect score of 60/60 in the finals.

Bajwa’s long-time mentor and former Olympian Ronjan Sodhi called the development shocking and said his protege had to suffer a lot before the Olympics.

“This is shocking. I am actually speechless. We have lost another Kohinoor. He has grown up here and it will be strange for us to see him in Canadian colours. He gave his heart to this country,” Sodhi said.

“He suffered a lot before the Olympics and was upset. Sportsmen should be allowed to focus on the job and not on paperwork. The Ministry and SAI don’t treat top athletes well. Also, he was bullied by a senior colleague. So I think his decision to seek NOC is down to all these combined issues,” Sodhi added.