The incident was captured in security cameras, showing the four men fleeing a gang who smashed up their car with bats and hammers while they were still inside 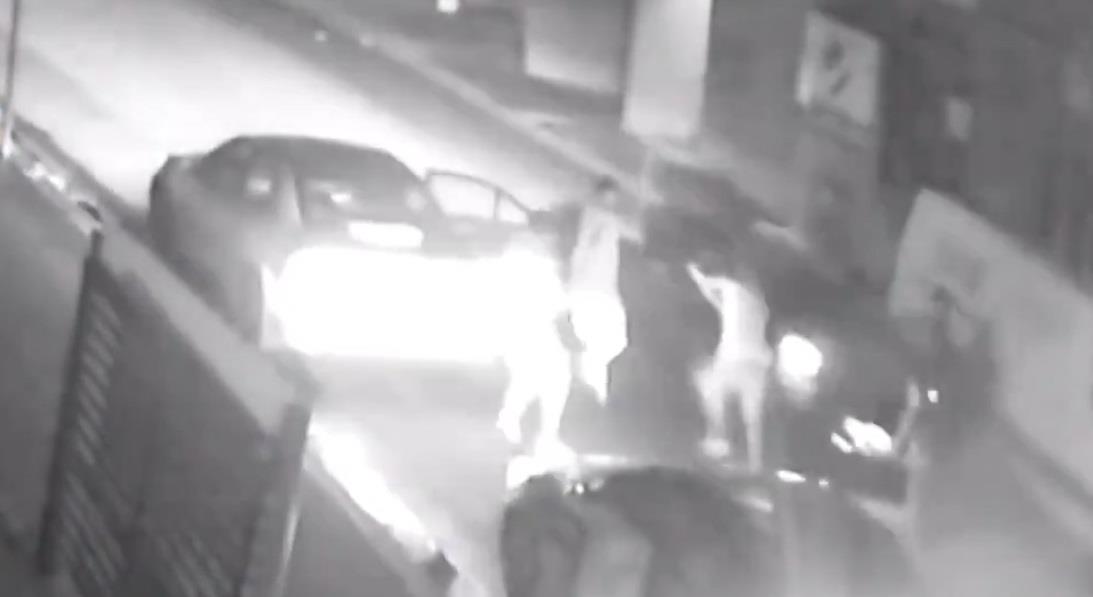 Screenshot of a video.

A group of Indian Sikhs said that they were attacked with baseball bats and hammers by some unidentified compatriots in Sydney amid growing tensions within the Indian community in Australia over farming laws in India, according to a media report.

In Sydney’s Harris Park on Sunday night, a group of unidentified men pulled out hammers, baseball bats and wooden sticks, stopping a car and attacking the vehicle as the terrified men inside tried to get away, the 7NEWS channel reported.

“They bashed the car from all sides,” a victim was quoted as saying by the channel.

“Anyone could’ve got killed.”

The man believes he and his friends were targeted because of their turbans, the report said.

The incident was captured in security cameras, showing the four men fleeing a gang who smashed up their car with bats and hammers while they were still inside. The victims escaped but were chased and attacked again, the channel said.

The attack left the car with more than 10,000 Australian dollars in damages, with a windscreen smashed in multiple places and also deep gouges into the car’s panelling, it added.

“What’s concerning though is that these men alleged they were targeted because of their beliefs,” the channel said.

Hate crime against Sikhs in Sydney.

A group of Sikhs claim that they were attacked by thugs because they were wearing turbans. The victims escaped but were chased and attacked again. pic.twitter.com/blBtXFBdY0

According to the channel, increased police patrols and threats of deportation are on the table as authorities work to stamp out fighting between Indian groups on the streets of Sydney.

“Disagreements over farming laws in India have seen a rising violence here with one side now claiming they were targeted by a gang wielding bats and hammers,” the channel said.

Last month, the Ministry of External Affairs said that the agri laws were passed by India’s Parliament after debate and discussion and were aimed at reforming the country’s agriculture sector.

“The Parliament of India, after a full debate and discussion, passed reformist legislation relating to the agricultural sector. These reforms give expanded market access and provided greater flexibility to farmers. They also pave the way for economically and ecologically sustainable farming.

“A very small section of farmers in parts of India have some reservations about these reforms. Respecting the sentiments of the protestors, the Government of India has initiated a series of talks with their representatives,” the statement said.

The statement noted that it was unfortunate to see vested interest groups trying to enforce their agenda on these protests, and derail them.

“Some of these vested interest groups have also tried to mobilise international support against India,” the MEA statement said.

In part of Sydney’s Sikh community, there has been growing tensions, and fights between them and the Indian government supporters over the farming laws back home, according to the media report.

“It is racial profiling…There has been lately a lot of this stuff, pro-government supporters targeting our community,” said Amar Singh, from Turbans 4 Australia.

Police have been holding meetings with community leaders calling for calm while exact motives behind this latest violence are being investigated, the report said.

Police are investigating whether the incident was a result of racial and political tension. They are still trying to identify those men involved and are asking for anyone who might have information to come forward, the report added.

“We are coming down hard to make sure there is no further violence,” Assistant Police Commissioner Peter Thurtell said.

“It is a small minority. But my message to them is under no circumstances will the NSW Police tolerate it,” Thurtell added.

The Australian Alliance Against Hate and Violence held a press conference outside the Consul General of India this week and offered support for the agitating farmers in India. — PTI