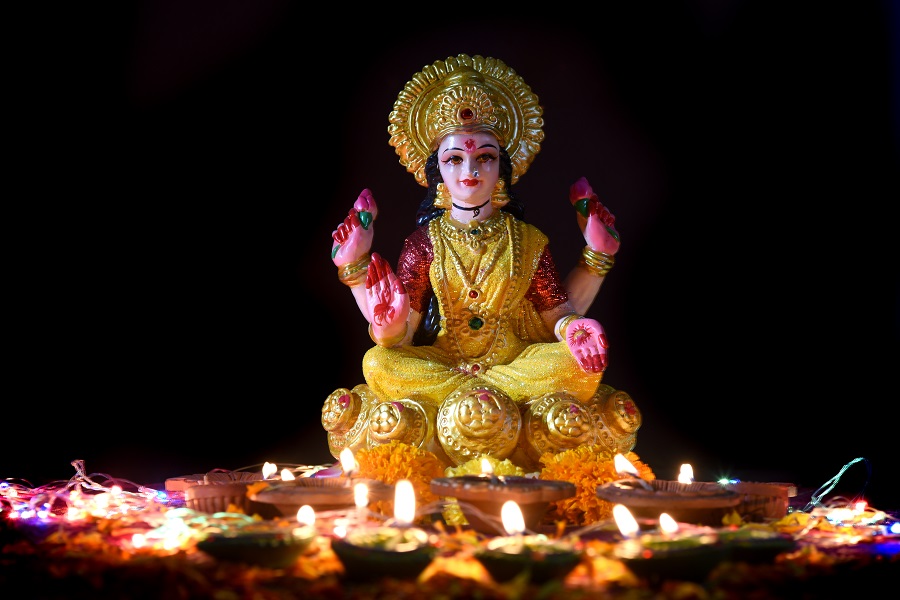 The "Lakshmi" bar, a 20 gm gold bar with the Hindu Goddess of Wealth engraved intricately into the precious metal, was designed by Royal Mint designer Emma Noble and follows a close collaboration with the Shree Swaminarayan Temple in Cardiff on its intricate design.

The bar, retailing at 1,080 pounds, is described by the Royal Mint as reflective of its ongoing commitment to diversity and inclusion and an expansion of diverse cultural celebrations in the country.

"With gold being a traditional and auspicious gift during the Diwali festival, we wanted to develop a product that incorporates both beauty and tradition, but with a modern twist,”said Andrew Dickey, Divisional Director for Precious Metals at the Royal Mint. "The bar is a shining example of this and we were delighted to work with Nilesh Kabaria of the Shree Swaminarayan Temple in Cardiff to ensure that we represent the Hindu Goddess of Wealth accurately and appropriately," he said. — PTI