Neil Basu, country’s senior-most non-white officer, was in the running to lead the National Crime Agency – often referred to as UK’s version of American FBI 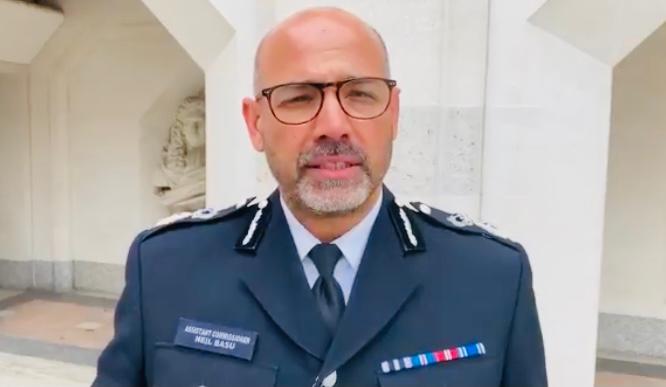 Scotland Yard’s Indian-origin Head of Counter-Terrorism Policing, Neil Basu, said he is “disappointed” with the way the process for a new appointment which involved a promotion has been handled and plans to seek an explanation from the UK Home Office, a UK media report has claimed.

Basu, a Metropolitan Police Assistant Commissioner and the country’s senior-most non-white officer, was in the running to lead the National Crime Agency (NCA) – often referred to as the UK’s version of the American Federal Bureau of Investigation (FBI).

According to ‘The Sunday Times’, Basu had been narrowed down as one of the final two candidates until Downing Street’s preference for former Scotland Yard chief Lord Bernard Hogan-Howe emerged and applications were reopened.

“I am disappointed in the way the process has concluded and will not be applying again,” Basu told the newspaper.

“I will be seeking an explanation from the Home Office,” the 53-year-old said.

The newspaper said Basu is understood to be consulting lawyers and has served notice on the Home Office that he intends to lodge a formal complaint.

Privately, he is reportedly furious to miss out on the GBP 223,000-a-year job and his supporters suspect it may be linked to his outspoken views on race.

Last week, on the second anniversary of the murder of George Floyd in the US which triggered the worldwide Black Lives Matter movement, Basu wrote an article in which he said British policing had to accept that it is “institutionally racist” and also called for positive discrimination to boost the number of black and Asian officers.

If his candidacy for the NCA job had succeeded, Basu would have become the first person of South Asian heritage, born to an Indian father and Welsh mother, to lead a UK law enforcement organisation. The newspaper pointed out that any official complaint is likely to point out that delays to the recruitment process meant Basu missed the deadline to apply for the job of Met commissioner, as well as a senior leadership role at the College of Policing in England and Wales.

The top job at the NCA, the UK’s lead agency against organised crime, became vacant in October last year after Dame Lynne Owens stepped down as Director-General on medical grounds.

Lord Hogan-Howe had made it through to the final four candidates but his failure to reach the last two is believed to have prompted the British Prime Minister’s office at 10 Downing to intervene in the recruitment process. He and Basu worked together when Boris Johnson was Mayor of London.

Asked if he planned to rule himself out of the NCA race, Hogan-Howe said: “Out of respect to the process and to the candidates, I have no comment to make.”

Downing Street sources told ‘The Sunday Times’ that Prime Minister Boris Johnson had no formal role in the appointment process.

“A fair and open recruitment campaign is underway to make the best possible appointment to this vital role,” the Home Office was quoted as saying.