FBI listed 67 anti-Sikh crimes for 2020, the highest annual number since the category was created in 2015 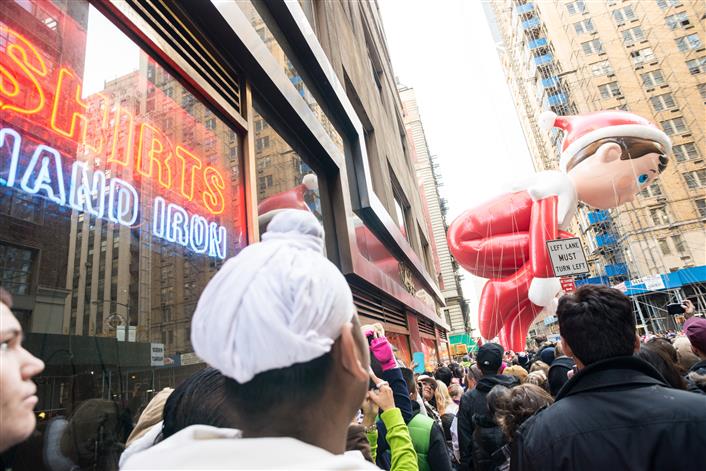 Sikh entrepreneur Balbir Singh Sodhi was killed at his Arizona gas station four days after the September 11 attacks by a man who declared he was “going to go out and shoot some towel-heads” and mistook him for an Arab Muslim.

Young Sikh Americans still struggle a generation later with the discrimination that 9/11 unleashed against their elders and them, ranging from school bullying to racial profiling to hate crimes — especially against males, who typically wear beards and turbans to demonstrate their faith.

As the 20th anniversary of September 11 nears, those younger Sikhs say much more is needed to improve how hate crimes against their community are tracked.

“The onus is on a community organisation like ours to identify the problem and then build support” to ensure better reporting, said Satjeet Kaur, executive director of the Sikh Coalition.

Formed in the wake of September 11, the largest Sikh advocacy group in the US documented more than 300 cases of violence and discrimination against Sikh Americans in just the first few months.

Such attacks can be particularly hard on young Sikhs, who face bullying by classmates who try to yank off their turbans or mock them as “Osama’s nephew” or “Saddam Hussein”.

They often struggle with the Sikh philosophy of “chardi kala,” which calls for steadfast optimism in the face of oppression.

“The eternal optimism can help us get through it, but sometimes you also have to highlight the harsh realities,” said Tejpaul Bainiwal, 25, a doctoral candidate at the University of California, Riverside, who is studying the history of Sikhs who first began arriving in the US in the late 1800s.

Bainiwal acknowledges he got into plenty of fistfights in high school with other students who tugged at his head covering and taunted him.

He said terrified Sikh families, including his own, debated whether to continue displaying outward signs of faith, such as turbans, after the August 5, 2012, massacre at a Sikh temple in Oak Creek, Wisconsin, which ultimately killed seven worshippers.

Now, as Americans watch from afar the events unfolding in Afghanistan, Bainiwal reflected on how Sikhs have been mislabelled and mischaracterised through history.

“One hundred years ago we were labelled Hindus, then Saudi Arabians, and when Iran was in the American eye we were called the ayotollah.”

Media images of turbaned and bearded Taliban leaders who recently regained control of Afghanistan with the withdrawal of US troops have made Sikh Americans nervous again as they warn one another about those who incorrectly see their turbans and beards as symbols of extremism.

The Sikh faith forbids the cutting or removal of hair, and males traditionally wear head coverings over their long locks.

The FBI listed 67 anti-Sikh crimes for 2020, the highest annual number since the category was created in 2015, said criminologist and civil rights attorney Brian Levin, director of the Center for the Study of Hate; Extremism at California State University, San Bernardino.

He said the centre recently created a conflict advisory saying the risk of targeted aggression against Sikhs and others in the US has been elevated to a near “severe” level.

Political and international events could sporadically push those dangers even higher over the next 18 months, the advisory said.

Levin told the Committee on Homeland Security and Governmental Affairs on August 5 that domestic extremism often follows “catalytic events” that provoke fear, such as the coronavirus outbreak, which sparked anti-Asian violence; the January 6 insurrection at the US Capitol; and the upcoming anniversary of September 11.

After the 2001 attacks, Balbir Singh Sodhi was among the first of Sikhs, Arab Muslims and others targeted in hate crimes.

Airplane mechanic Frank Roque was convicted of first-degree murder in the September 15, 2001, killing and was sentenced to death before that was commuted to life imprisonment. Roque also was accused of drive-by shootings the same day at an Afghan family’s home and a Lebanese man’s convenience store, although no one was injured in those attacks.

Rose Kaur Sodhi, Balbir Singh Sodhi’s niece, was a second grader getting ready for a relative’s birthday party when her family learned of her uncle’s murder.

“We knew something was terribly wrong because my dad came home crying. I had never seen that before,” she said of her father and Balbir’s brother, Rana Singh Sodhi, who became a well-known figure in the Sikh American community and taught her to share her family’s story and advocate for peace.

“We couldn’t believe it,” said the younger Sodhi, now 27 and a medical resident in Los Angeles. “He was so nice, always giving candy from his store to all the kids.” In the months that followed, children at her elementary school near Phoenix began harassing her then-6-year-old brother, prompting her to complain to the principal when they called him names and tugged on his topknot.

“That gas station where he was murdered is our ground zero,” said activist filmmaker Valarie Kaur, who refers to Balbir Singh Sodhi, a family friend, as “uncle.” Local and national dignitaries have been invited to remember Sodhi at a memorial there September 15.

Kaur was a college student on September 11 when she watched the Twin Towers of New York City’s World Trade Center collapse on the television set in her parents’ bedroom in Clovis, California.

When images of a bearded man in a turban repeatedly flashed on the screen, “I realised that our nation’s new enemy looked like my family,” said Kaur, who now lives with her husband and young son in Los Angeles.

After Sodhi’s death, Kaur traveled around the US exploring the subsequent explosion in hate crimes against Sikh and Muslim Americans, along with other people perceived as foreign or different.

The resulting documentary, “Divided We Fall: Americans in the Aftermath,” has been used in classrooms and communities across the country to inspire discussions about hate crimes. Kaur followed up last year with a memoir, “See No Stranger: A Memoir and Manifesto of Revolutionary Love.” Now, she worries about what her young son will have to deal with.

“My son was born during the election season of 2016 ... when hate crimes were skyrocketing,” Kaur said. “Once again, I had to reckon with the fact that he’s growing up in a nation more dangerous for him than it was for me.”

Kaur said danger became exceedingly clear in 2012 when a white supremacist Army veteran shot and killed six worshippers at the gurdwara, or Sikh temple, in Wisconsin before taking his own life.

A seventh person, Baba Punjab Singh, a Sikh priest visiting from India, was shot in the head and left partially paralysed. He died from his wounds on March 2, 2020.

Over seven years, the priest’s son, Raghuvinder Singh, split his time between caring for his father in Oak Creek and working in Glen Rock, New Jersey, as assistant priest at a gurdwara there.

When his father was still alive, he could communicate by blinking: once for “no,” and twice for “yes”. Singh, now 49, said the greatest lesson his father taught him was how to embody chardi kala.

“I would say, Papa Ji, are you in chardi kala?’ And he would double blink every time,” Singh said. “In that condition, if he can live in chardi kala, why cannot we?” AP