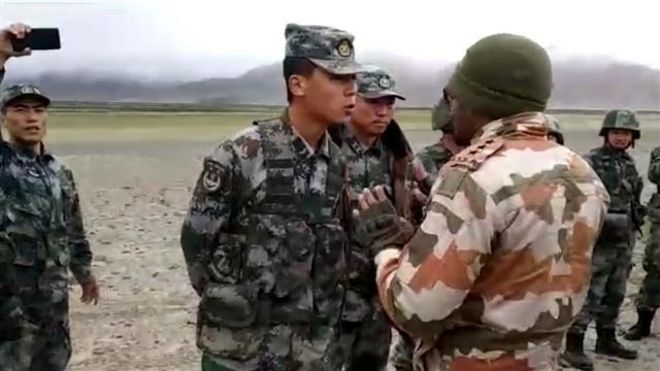 IN a tone that is bound to rile New Delhi, the Chinese ambassador, on the eve of the hundredth day of the border standoff in Ladakh, has forcefully reiterated that the onus of disengagement is not on Beijing. Accusing the Indian Army of crossing the disputed border and triggering a violent clash in Galwan valley on June 15, Sun Weidong sought to blame the standoff on the Indian side. In sharp contrast to India’s assertions that its troops did not cross the LAC and that patrolling had been hampered by the Chinese forces since April, Sun claimed that since the ‘beginning of the year, the Indian side has continuously built facilities at or crossing the LAC in Galwan, constantly changing the status quo of ground control’.

It cannot be mere coincidence that the envoy’s provocative remarks were posted online after India’s ambassador to Beijing reached out to a key interlocutor in the Communist Party of China’s Central Committee to make headway in talks on resolving the crisis. This two-faced Chinese approach explains why the Indian Army has prepared itself for the long haul, even as diplomacy is given a fair chance. Another round of official talks is expected in the days to come. The Chief of Defence Staff has told Parliament’s Public Accounts Committee about the sizeable troop buildup by China, and the commensurate mobilisation by India.

There have been five rounds of meetings at the level of Corps Commander and three of the Working Mechanism for Consultation and Coordination on India-China Border Affairs. The Foreign Ministers have spoken to each other, the Special Representatives have met. There has not been much progress. New Delhi’s demand for restoration of status quo ante as of April requires disengagement, de-escalation and restoration of patrolling rights. The Chinese conundrum is here to stay. A multi-pronged counter strategy — diplomatic outreach, military readiness, slowdown in trade and brakes on Chinese tech platforms — is in active mode. New Delhi is banking on its relentless pursuit.