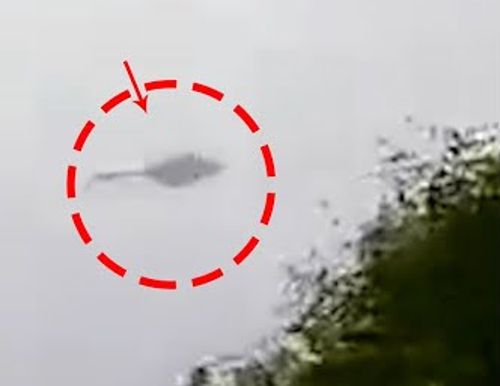 The investigation into the December 8 helicopter crash, which claimed the lives of India’s first Chief of Defence Staff Gen Bipin Rawat and 13 others, has ruled out technical snag or sabotage as the cause of the mishap. The tri-service probe team has concluded that bad weather leading to a phenomenon called Controlled Flight Into Terrain (CFIT) was responsible for the crash of the Russian-origin twin-engine Mi-17V5. According to the International Air Transport Association (IATA), CFIT refers to accidents in which there is an in-flight collision with terrain, water or any obstacle — without indication of loss of control of the aircraft. The IATA database shows that CFIT occurrences, though not frequent, account for a substantial number of fatalities. A sudden cloud cover is said to have led to the Coonoor crash as the pilot lost ‘situational awareness’ due to visual disorientation.

The probe seems to have quashed doubts about the airworthiness of Mi-17V5, an advanced military transport chopper that has been with the IAF since 2012. However, the fact remains that a few crashes involving the Mi-17 helicopter have taken place in the past decade or so. A periodic tech review of these flying machines is a must to ensure that their generally good track record in terms of safety is not blemished by occasional mishaps. The efficiency and reliability of the warning systems should also be reassessed so that the role of weather disturbances in air crashes can be minimised.

Days after the Coonoor accident, IAF Chief VR Chaudhari had said that the procedures concerning flying by VVIPs would be reviewed on the basis of the inquiry findings. This exercise should be carried out promptly and meticulously. Even as the last major air crash involving India’s defence officers occurred way back in 1963, the country has lost several politicians in chopper mishaps in recent decades — the then Andhra Pradesh Chief Minister YS Rajasekhara Reddy, Haryana ministers Surender Singh and OP Jindal, to name a few. Strict norms for VVIP flights, which witness increased frequency during the election season, can reduce the risk and prevent the loss of precious lives.