Farm fires are back 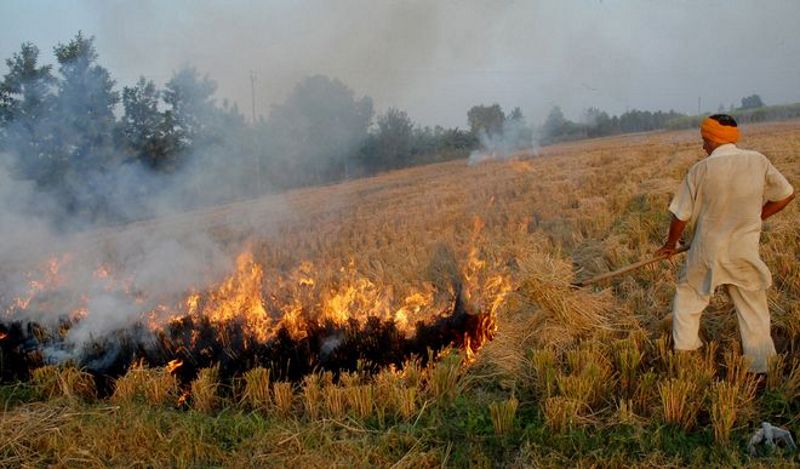 With the onset of paddy procurement, the eco-unfriendly practice of stubble burning has reappeared in parts of north India. US space agency NASA’s satellite images have shown scores of farm fires in Punjab and Haryana in the first week of October itself. The situation may worsen as the governments of both states are keen to avoid a confrontation with the farmers, who have been on the warpath since last year in protest against the three Central farm laws. Moreover, electoral compulsions are likely to come into play in poll-bound Punjab and Uttar Pradesh. All the planning and strategising done by the Centre and various states in recent months to curb the burning of crop residue will face the litmus test over the next few weeks. A fortnight ago, the Commission for Air Quality Management had directed the governments of Punjab, Delhi, Haryana, Rajasthan and Uttar Pradesh to strictly implement monitorable action plans. Earlier this week, Delhi announced a 10-point Winter Action Plan to tackle air pollution, focusing on the use of the Pusa bio-decomposer, installation of smog towers and checking waste burning as well as vehicular emissions.

The bio-decomposer, a microbial solution that converts stubble into manure, holds the key to dousing field fires. Delhi has taken the lead on this front, while neighbouring states are warming up to this method of in situ management of crop residue. In Punjab, farmers are being incentivised to sell stubble for use as fuel in power generation. These are baby steps at best, considering the humongous amount of paddy straw generated – about 20 million tonnes annually in Punjab alone.

Even as residents of Delhi breathe the ‘worst air’ between November 1 and 15, as per an analysis of last five years’ data, air pollution is choking Uttar Pradesh virtually on a daily basis. According to a study by the Council on Energy, Environment and Water, UP is the leading emitter of particulate matter PM2.5 in India due to the usage of solid fuels in households. While some challenges are state-specific, stubble burning is one problem wherein inter-state cooperation and coordination can herald winds of change.