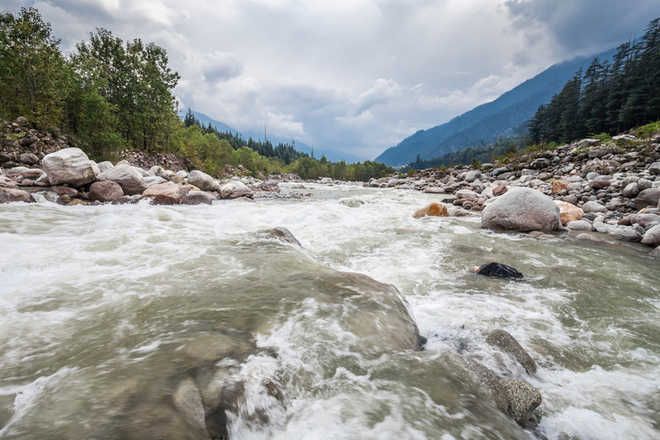 The Ken-Betwa Link Project, which aims to join these two tributaries of the Yamuna river, has finally been cleared by the Union Cabinet, and the inhabitants of the water-scarce Bundelkhand region — spread over 13 districts of Uttar Pradesh and Madhya Pradesh — can hope to see greener pastures within 10 years. The project, which had been facing hindrances because the two state governments had been trying to find a consensus on sharing water from it, will cost Rs 44,605 crore, most of it in the form of a grant from the Centre. The governments concerned expect that the project, which involves transferring water from the Ken river to the Betwa river, would help irrigate 10.62 lakh hectares of land and provide drinking water to 62 lakh people, apart from generating 103 MW of hydropower and 27 MW of solar power annually.

Interlinking rivers has been an old and grand ambition. River interlinking projects in India have a history dating back to the 19th century, but the earliest projects were suggested for the purposes of inland navigation rather than irrigation. The Periyar Project was commissioned in 1895, and under it water is transferred from the Periyar basin (now in the state of Kerala) to the Vaigai basin in Tamil Nadu. Later, due to a rise in population causing scarcity of food and water, irrigation and water storage became the raisons d’etre of such projects. This has appeared to be an obvious solution to the sufferings caused by drought and floods simultaneously ravaging different parts of the country.

The idea to interlink rivers has been periodically propped up and then relegated to the background due to cost-benefit analyses and worry over displacement of people. Disagreements among states over their share of water have caused problems, too. For instance, two years ago the Maharashtra Government pulled out of two river interlinking projects with Gujarat due to disagreements over water-sharing — despite the fact that Maharashtra had a BJP government in power, like Gujarat and the Centre. The success of the Ken-Betwa project, involving two states, could provide a working model for other states to follow. A note of caution — the greatest care must be taken to allay concerns over displacement of people and damage to the environment and wildlife.