No clarity on NPR

Govt should remove doubts regarding the exercise 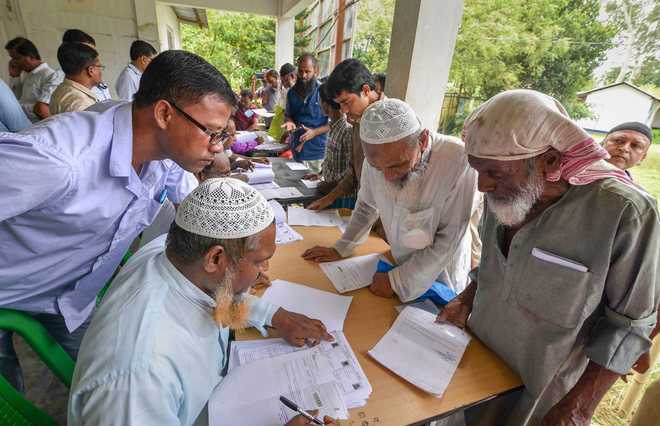 Union MINISTER Ram Vilas Paswan has candidly admitted that he doesn’t know the date(s) of birth of his parents. The chief of the Lok Janshakti Party, a key ally of the ruling BJP, has articulated what holds true for a majority of Indian citizens. Many people born in the 20th century, till the late 1980s, won’t be able to produce their own birth certificate, let alone those of their parents. Ahead of the 2012 Punjab Assembly polls, former Chief Minister Parkash Singh Badal had famously said that he was not sure about his DoB. There is also nothing surprising about having different dates of birth in different documents. Amid this paucity and unreliability of information, Paswan has said that the government would consider the demand to drop the questions about the date and place of birth of one’s parents in the form pertaining to the National Population Register (NPR).

The Union Home Ministry had recently said that people could skip these columns after several non-BJP-ruled states wanted the same to be dropped altogether. In a statement that didn’t help to clear the air, Union Minister of State for Home Affairs G Kishan Reddy said on Tuesday that the disclosure of personal information in the NPR was voluntary. He did not specify whether he was referring to the entire form, certain parts of it or only the part about the parents. In any case, it’s baffling that the Union Cabinet has approved about Rs 4,000 crore for a nationwide exercise that would be of little use if indeed it’s not mandatory.

The NPR, a register of the country’s ‘usual residents’ — those who have stayed at a place for six months or intend to stay there for the next six months — is scheduled to be updated simultaneously with the house-listing process of the decennial Census. The humongous task will involve lakhs of officials and tons of paperwork. The government’s efforts to delink it from the National Register of Citizens (NRC) have largely proved futile. With Assam’s NRC fiasco fresh in memory, the ruling dispensation should understand the futility of an exercise which can only cause anxiety and harassment to the poor.