Are we ready? No, don’t set a date just yet 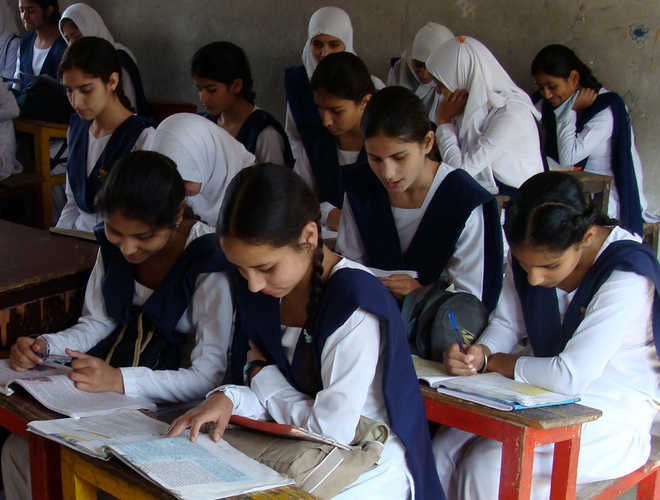 Opening of educational institutions is a ticklish subject. The coronavirus-positive cases are seeing a daily spike and experts are predicting a peak only in July. In such a situation, any talk of sending children, even of Class X and above, to school evokes strong reactions. The Jammu and Kashmir administration faced a backlash after an announcement to reopen schools. Haryana wants schools to be operational in July for senior students initially and colleges the following month, with staggered timings and limited attendance.

Education, like life itself, has gone through an unusual phase these past three months. Those in urban centres have followed an online class routine, with all its positive and negative aspects. Those in rural locations have been at a clear disadvantage. Those in government schools, urban or rural, have been largely left to their resources. With a semblance of normalcy on the roads, the all-encompassing fear mentality may have given way to a regimen of exercising caution, but to expect parents to lower their guard and ignore the risk is unwarranted, and unfair. The anxiety for them, and the teaching fraternity, remains on how kids in crucial academic years may be losing focus, the uncertainty surrounding admissions, and the debilitating effect of the forced confinement on the younger ones.

If malls can open, offices are functional, should children be denied access to schools? The logical reply would be in the affirmative, till an assurance that the curve has flattened, the risk has greatly reduced. A vaccine, of course, ends the debate. Like in the case of migrants, little thought has gone into the impact of the lockdown on students without resources. The alternative plans are practically non-existent. If education departments suddenly feel concerned and reopening schools is the only option they can come up with, there is a degree of insensitivity and hypocrisy involved. The same schools known for lack of facilities and the intent of those tasked with teaching are expected to rise to the occasion. The students deserve better, all the more now.