Wooing Dalits to stage a comeback 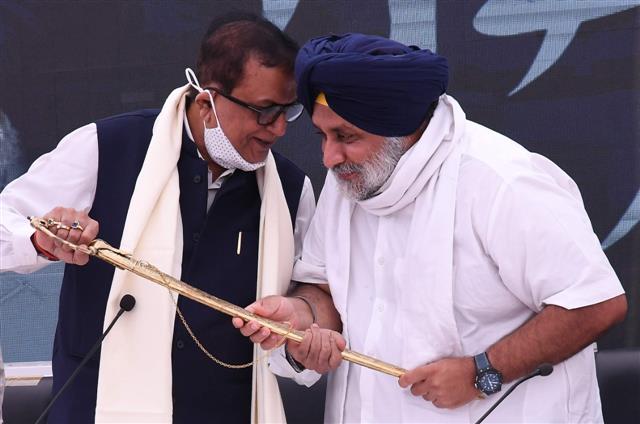 The SAD-BSP alliance stitched ahead of the Punjab Assembly elections due early next year is an attempt by the Akali Dal and Mayawati-led BSP to revive their political fortunes jointly in the state. When the SAD severed ties with the BJP after a partnership of 23 years last September over the issue of farm laws, rumbles of a political churning in the state were felt. Not surprisingly, the SAD has come back full circle by cosying up to the BSP, its successful ally of the 1996 Lok Sabha elections. While the duo then swept the LS polls, winning 11 of the 13 seats, replicating the feat is an uphill task as much water has flown under the bridge since then.

In the past 25 years, while oscillating between being the principal party in power and the main opposition party, in the 2017 Assembly elections, the SAD-BJP combine was shockingly relegated to the third position by the fledgling AAP. Even as the SAD is still struggling to overcome the blots of sacrilege cases and corruption allegations, shaking off the tag of it initially being anti-farmer even after breaking up with the BJP is an added hurdle. Meanwhile, the BSP has suffered an erosion of vote share. Though there are nearly 32 per cent Dalit votes in the state, its share was a mere 1.59 per cent on the seats it contested in 2017. This sharp fall from the around 13 per cent vote share a quarter of a century ago is a sure pointer that the BSP’s hold over Dalits has slipped. Its loss of votes of Valmikis (Hindu

Dalits), Mazhabis (Sikh Dalits), Ravidasias and Ad-dharmis has been largely the gain of the Congress and the AAP.

With the BSP and the SAD giving a strong message of politico-social uplift of the backward classes and minorities, as also a Dalit deputy CM, they hope to stage a comeback riding on the huge block of Dalit votes. Judicious seat distribution can tilt the balance — considering other issues, if not towards the treasury benches, at least towards the Opposition.