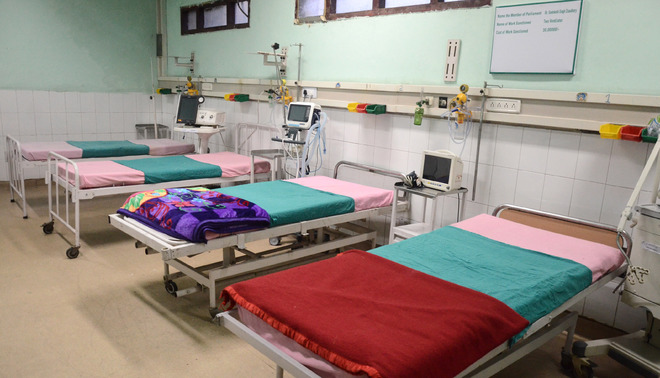 IN a controversial move, the Punjab Government has opened its district hospitals — and, resultantly, lakhs of patients on a platter — to the costlier private laboratories. No doubt, the state’s public health infrastructure is in dire need of strengthening. The disease burden has been mounting over the past decades and Covid-19 has exacerbated the grim situation. It has necessitated an immediate overhaul of the woefully inadequate and crumbling system. But, this? This lateral entry of the labs is bound to come at a huge cost and strain to the poor.

Has the government already forgotten how the pandemic exposed the ugly side of the private medical sector which unethically resorted to rampant fleecing? If anything, the private hospitals’ open loot and daylight robbery that became the horrifying order of the painful days as hospital beds and treatment gear ran short of the need should have reaffirmed the state’s resolve to expand the footprint of affordable treatment by setting up its own labs in its hospitals. Some private hospital operators have proved to be nothing but shameless gold diggers and opportunists. Aghast, the authorities had been forced to cap the costs of tests and treatment and even prosecute the offenders. The private sector has clearly failed the test of time. The public private partnership (PPP) model adopted by the Haryana Government in some of its hospitals in 2017 has little to show by way of benefiting the poor.

Punjab would do well to review its decision and work towards setting up its own laboratories. A booster dose for the government sector to revamp the district and rural facilities is needed. The state must loosen the purse strings and fill the gaps in its public health system. The chronic problems ailing the government hospitals have been pushing the sick to the private segment, despite it being five times more expensive. That public health is grossly neglected in the state is evident from the NSSO study that 70 per cent of the villagers in Punjab go for private healthcare, as compared to the national average of 58 per cent. The ill-boded decision on labs does little to remedy this malaise.